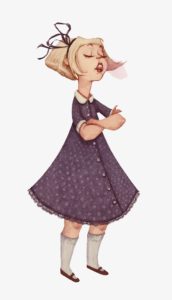 After I subscribed to Robert Glazer’s Weekly Blog which is called “Friday Forward”, I always get inspired by the stories and ideas he introduces every Friday.

What’s the winning formula for this legendary team? Robert Glazer mentioned there is a winning formula of the team which is the Patriots’ immunity to “Success Disease”, a concept coined by legendary coach, Bill Walsh.

According to Walsh, Success Disease makes people forget, to different degrees, the effort, focus, discipline, teaching, teamwork, learning, and attention to detail that brought “mastery” and success in the first place. With success, especially repeated success, comes heightened confidence, followed quickly by overconfidence, arrogance and a sense that “we’ve mastered it; we’ve figured it out; we’re golden.” In turn, that hunger is diminished and even eliminated.

Walsh understands that repeated success is so difficult as people easily get overconfident with themselves after the champagne and victories. The reason the team can win over and over again is they bring themselves back to normal life after the celebration.

There was one story which was told by my parents over and over again when I was a kid.It was the one “The race between a tortoise and a rabbit”. The rabbit is a fast runner and his friend tortoise is very slow. Every time the rabbit runs with the tortoise, the rabbit wins. One day the rabbit challenges the tortoise to a race again. The rabbit runs very fast but in the middle, he looks back and finds the tortoise is so slow; he laughs and says he still can win after taking a nap. Then he does take a nap. After he wakes up, the tortoise has already arrived and is waiting for him at the finish line.

Although the story is very childish lots of Chinese kids read it and were educated that people shouldn’t be arrogant and overproud.

There are more modern and historical stories which can remind us not to have “success disease”. Chao Yang Zhang, the CEO of Sohu China -a Chinese internet company in Beijing. Chaoyang was one of the top 10 famous people back in 1998 chosen by “Times” Magazine in the digital era, along with Bill Gates. Sohu was ranked the world’s third fastest growing company by Fortune in 2009. After the company went public on Nasdaq in 2002, Chao Yang has been busy with participating in lots of social events with movie stars in China. Chao Yang thought he was one of the smartest people at that time and he became overproud and overconfident with himself. 10 years later, two other Chinese internet companies Tencent and Alibaba are 300+ times more valuable than Sohu’s company.

You may have heard about the famous Waterloo battle, this is the battle where Napoleon’s army got defeated in 1815. Napoleon won 50+ wars in his life; however, Napoleon got defeated in Waterloo. This is a significant war. Napoleon was forced to renounce the throne and got exiled. Although there were several reasons such as the bad weather and the inferior weapons of the French army, there was also one important reason which was that Napoleon despised the British army’s ability. Napoleon did not think that the arrival of the Prussian army would be so fast, and he underestimated the bravery of the British and the other soldiers.

It is not easy to not feel good about oneself after several victories. Victors will be surrounded by people and media who make themselves feels perfect and not-defeatable. It can be a very seductive situation because of people’s generous praise. Staying calm is very important but is also very difficult. There are also lots of talented children who get praised and surrounded by people who give them flowers and applause while they are growing-up, but most of them become arrogant and do not work hard later because they feel they are talented and successful.

However, if one will realize that success is just a process, not a destination, it will drive people to go on to the next process to reach the next victory.

On the other hand, failure is also just a process, not a destination. How many times did Lincoln try for the presidency? He tried 11 times before he became President Lincoln of the United States.

Lots of females or housewives may know Dyson, a company headquartered in the UK. It designs and manufactures household appliances such as vacuum cleaners, hand dryers, and hair dryers. It is called the Hermes of Electronic Appliances due to its high quality and high price but it still has lots of loyal fans. James Dyson is the founder and CEO of Dyson Ltd. But do you know how many times he failed in his life before Dyson became successful? 5000+ times! If James thought he was destined to be a loser, there would have been no Dyson.

One day my good friend told me that her son does not feel happy because he only got a 70+ out of 100 on his grade 10 report card and he got quite pathetic. I told my friend that this is just a process to be achieving more success going forward. There is an old Chinese saying “Failure is the mother of success.”

Both failure and success interconnect with each other and neither is a destination but just a process. If we keep that in mind, we will not be defeated by failures, or be overwhelmed; and most importantly, we will not have an exaggerated idea of our own importance.