Last month, I attended a leadership training named “How to Manage Others”. There are generally four types of characteristics of an employee which by order are :self-motivation, confidence, work-based skills and transferable skills.

After this training, I have been observing people using the knowledge I learnt from the training.

Recently I communicated with John and told him that there’s a big difference between “self-motivation” vs “ been motivated” or “lack of motivation”.

For example, John loves games; he never needs us to remind him when he can play a game. He is very passionate about gaming. If he is allowed, he can play games for many hours without feeling tired or bored. John is not the only boy who loves games. I know lots of children are game lovers or even addicts to online gaming.

John worked very hard at seeking tips and watching top players to improve his skills and learning at games; although we have been trying to limit his game time or blocking him from games during school days. He is very creative and hard working to find lots of ways to have access to games or videos of top game players. He used VPN to escape an internet monitor device called “my circle,” which is a product by Disney. Disney knows deeply how difficult it is for parents to fight with their children about internet usage and internet hours. All parents want their children to be more focused on study and reduce time and attention on games, online chats, and social media. After using “my circle”, my husband and I discovered that we can’t have a peaceful mind yet since John often can find ways to use VPN and stay away from the radar from “my circle”. His creativity, hard-work, and persistence all originate from his self-motivation on the game.

With that said, John’s attitude to online games is highly motivated.

On the other side, John is a very advanced piano player for his age, and he passed level 9 earlier this year. He usually gets a high grade from the RCM exams, which were always 90+. According to the RCM, a grade over 90 represents he is in the top 1-2% among all the piano students. However, is he self-motivated to learn piano? Possibility not.

There are lots of days and nights when I have been using various skills as a parent to encourage, motivate and push him to practice piano according to the teacher’s requirement.
Sometimes, John practices piano for 30 minutes. Then he will ask for a break as he is tired or can’t stand practicing any longer. Or sometimes he just wants to escape practicing piano as it is not fun for him. Several people said John has talent in piano but so what? Piano is not his true love. 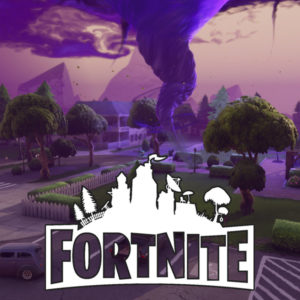 That’s why lots of employers rate “self-motivation” as one of the most critical factors to evaluate an employee.

Self-motivation is shown when a person loves doing something and knows how to keep doing it in a better way and how to keep improving or learning the subject matter; self –motivation is a natural force which comes from yourself, not from anything external; self-motivation is the root cause of why and how you do things and that’s the difference between you and others.

I asked my friend what his self-motivation is. He joked and said making money is his motivation. I asked the next question. “Why do you want to make money?” He paused and said,”I want my family to have a better life, live in a house big enough for everyone to have a space; I want to take my children traveling around the world so they can understand how fascinating the world is; I also want my wife to have a sense of security, be less tired and feel lucky to have married me; I also want to have the ability to donate to society and help others who are less fortunate.”

So for the root cause for my friend, he is motivated to have his family enjoy a better quality of life and contribute back to society.

When I first planned to come to Vancouver as a brand new immigrant, I was asked what my plan was after making the move?

I said I would go to school. My friend said, “Why not be a housewife and take care of your child, like lots of other females immigrants?” I said, “There’s no conflict between going to school and taking care of my son. I can do both.” I chose this way to push my life harder because I was motivated to learn and grow; I am also very motivated to give my son an excellent example of a hard working person.

“I am afraid that I am too scared of water.” My friend said.

“Me, too.” I said, “That’s why we can find a good coach to help us get rid of that fear.”
But she still decided not to join me in the end.

One year later, swimming has become one of my favorite sports, and I swim once or twice a week in the morning after sending my son to the school bus and before going to the office.

What’s my motivation? To be a better self, day after day and be a mother who can be an excellent model to show my son that there are no limits if you genuinely want to do something.