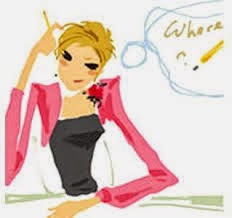 In Vancouver, lots of Chinese families live in a separation mode. The mode is that mothers and kids live in Vancouver and fathers go back and forth between China and Vancouver. Normally, Chinese fathers are the breadwinners for families. They need to work and make money in China as well as to meet their family for family reunions in Vancouver.

Having said that, the fathers have been called in Chinese “flying space man” since they always need to fly between China and Vancouver. The mothers are called in Chinese “reserved wives” since they need to stay in Vancouver with their kids. Lots of Chinese families believe that the natural and social environment here is better for their kids since Canada has good air quality ,clean water and safe food, while China has had some crisis to do with the environment and safe food in recent years. Canada is also a good place for their family in the long run since lots of people think it’s a safe country.

Lots of my friends and I are “reserved wives”. After we came to Vancouver, we found that it was smart to have mother groups so that we could learn ,cook ,share news and life experiences in another country while our husbands are in China.

In fact, I belong to such a group. The group consists of 4 mothers. We gave our group a cool name: “spicy mothers’ gang”. In our group, we have Lilian, Louise, Sarah and me. We have 5 kids altogether and most of them are between age seven to nine so they can play well with each other.

It’s said that similar people are attracted to each other. We four moms have lots of similarities so that we can get along well. Firstly, we are all Chinese moms with a kid or kids at similar age; Secondly, except Sarah- whose husband does not travel between China and Vancouver, all the other three mothers are in the separation mode, which I have mentioned above. Lastly, we have lots of similarities in our personalities.

For example, Lillian and I were colleagues in China, one of our similarities is that both of us do not have good memories.

I usually easily forget about things if I has not recorded them on my iPhone or notebook. Before I knew Lillian, I often felt bad about my poor memory. I lived in a city for 10 years but I still needed a GPS to direct me to lots of locations. In the past, I always forgot one of my best friends- Sally’s birthday. I sent her birthday cards on different dates since I could not remember her birthday correctly before I started to use e-calendar and smart phones to record things. For couple of years, I always needed to ask my father when his birthday and my brother’s birthday were since their birthdays were quite close.

I always forgot my passwords. I was a kind of person who felt that different passwords on different things really bothered me. Some passwords need to be all numbers; some passwords need a combination of numbers and letters. Some bank’s passwords are 6 digits and some are 4 digits. I used to be locked of my bankcard several times since I often forgot those passwords.

One day my husband bought me a small notebook with a key on it. He thought that I could write down all my passwords on this notebook and then I could keep it safe by locking it. In fact, I wrote down all my passwords in it. But one day, I found that I lost my notebook’s key. I looked for it for couple of days then finally I found it. However, I found that I could not find my notebook because I felt unsafe for losing its key and I hid it somewhere but I totally could not find it back.

One day ,my husband was quite mad at me for my poor memory. I reorganized my accessories at home, and then I found a beautiful necklace that I seldom wore. I showed it to my husband and said: “Look at this beautiful necklace, it’s a gift from my auntie who always sent me gifts. What a good auntie I have!”

My husband stared at me in shock and he said : “Is it a gift from your auntie?? It’s me who bought it for you on our 2 year’s anniversary!”

Anyway, I felt great after I had Lillian as my good friend. She did not have a good memory ,either. Her husband, Lao Tang always liked to joke that Lillian and I must have felt great after we found each other. We would never feel shamed for our poor memories from now on since we have each other as a mirror. We both felt comfortable after finding we were not alone for forgetting things.

One day when I was preparing dinner in my kitchen. Lillian called me and asked for help. “Can you pick up my daughter from her school? I forgot to pick her up today and I am now still at Costco. Her teacher called me just now and she is asking me to pick up my daughter in 10 minutes since the office is about to close soon. I can not believe that I had lots of missed calls from the office.”

Our mother gang has established a system of rotating dinners where each of us takes turns to be the hostess. One day, it’s Lillian’s turn to have a dinner party at her home. Even though she was quite hospitable and had prepared a lot of food, she was quite nervous being the hostess.. In the middle of the dinner, she suddenly cried out because she forgot a dish in the oven. She brought it out to our table then we continued the dinner. A few minutes later, just before we almost finished, she screamed again: Oh, there’s another dish in the Microwave. I forgot to take it out….

Lillian’s husband told us another joke. Four years ago, she forgot which floor her apartment was on after she delivered her second baby and came back home from the hospital. In fact, she was just away for a few days and she forgot where she had lived for several years.

Now Lillian and I were always reminding each other that we are not alone. 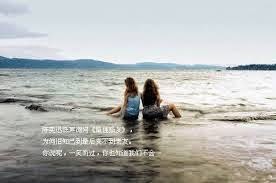 On the other hand, the other two moms of our “spicy mother’s gang” -Sarah and Louise’s similarities are they both love to cook and their food is always very good

Sarah and Louise both like eating a 4th meal late at night so both of them always complained that it’s so hard to lose some weight.

Sarah seems to be born for cooking. She turns to cooking when she is not happy. Cooking makes her feel much better. Her kitchen is like her lab so that she can invent lots of new dish in it. Every night she will post lots of food pictures on Wechat (a popular social media platform for Chinese). I decided not to look at her posts after 9pm. After watching those pictures I usually feel hungry and want to look for something to eat.

One day Sarah invited me to watch a Chinese annual filmfest. We were a bit dressed up for the fest and we drove to a grand theatre, which was about 60 minutes away. After we sat down, a few minutes later, she started to check posts on Wechat. She was especially interested in those food posts and she excitedly told me that her friends had found some new places to eat.

That night, Louie and Lillian were at home taking care of our kids so that Sarah and I could have time for the filmfest. I told Sarah that Louie was a good cook, too. Louie was especially good at cooking Northern China food such as dumplings and Chinese pancakes.

During the filmfest, Sarah and I were both thinking of Louie’s dumplings instead of watching the show. After the show was finished, we both rushed for home ,hoping we could eat Louise’s dumplings sooner.

Usually around 11pm, we were almost going to sleep, Sarah would tell us that she was hungry and needed to look for something to eat. What an eater!

I knew Louise on the trip to Whistler. She joined us two days before we left for Whistler. After our group had arrived at Whistler, we soon realized that Louie was the best cook among us. She could cook very tasty food with those limited materials that we brought from Vancouver. Watching her cooking was just like watching a cooking class, she gracefully washed and cut those materials and put them on plates. She cooked quite fast. With her help, all of our four mothers and kids could have a warm and delicious meal after a long cold day skiing.

Louie was a mom who has a direct personality. She once shopped with us at an outlet in Seattle. That day she bought a black Burberry coat, which was a bit costly. Next week, she told us that she fought with her friend because her friend said the coat looked ugly on her. She would not permit others to say that the coat was not pretty.

Anyway, it’s fortunate to have such a Mom’s Group in Vancouver. We four moms share the happiness, cooking skills and life experiences together. In addition to that, our kids can play and grow together.