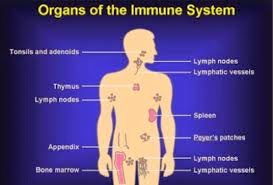 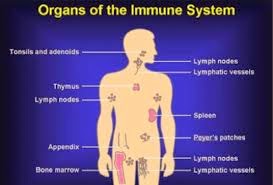 Last week I had a chance to be invited to a special event :2014 Vancouver International Integrative Medicine and Health Forum at Radisson Hotel, Richmond. The event was hosted by Canadian Integrative Cancer Therapies Association and was also co-organized by CICTAN Health Group Corp.

Before I went to the event, my friend told me that lots of cancer survivors from all over the world would share their experience of fighting cancer. When I was sitting in the conference room and looking around, I could not tell who was going to give us a speech on her/his cancer-fighting story. All people seemed very healthy and lively. I could not tell who had been a cancer patient and had lain in hospital beds, fighting against the King of Death. All the audience  looked even healthier than average people.

Fifteen minutes later after I was seated, one lady sat beside me. She looked pretty, elegant and dynamic. She was in a floral dress and wearing a golden hairband. I assumed she was a listener and one of the participants.

After a short opening speech by the organizer,  a lively and enthusiastic group performed a dance, I was soon overwhelmed by the enthusiasm and energy of the performers who were all cancer survivors. They were a group of patients who had suffered from all kinds of cancers : breast, stomach, lung, liver ，pancreatic and so on. Most of them had been even in a very late stage of cancer when they were diagnosed with it. One eighty year old lady Ms. Chen, told us that when she was diagnosed with breast cancer she was 29, a mother of three children. The doctor told her that she could only live three to six months. Another lady, who was in her fifties, said that when she became a cancer patient, she was already in a very late stage of lung cancer; cancer cells spread all over her body at that time, she was told she could live up to three months. Another woman, who actually was the lady who had been sitting beside me, she said she was 26 when she became a breast cancer patient and now she was in her forties. After she took all kinds of treatments, she went to university and worked on her studies, she obtained her Bachelor, and Master degrees in several years. She has been enjoying a fulfilling life after she fought back against cancer.

It was an amazing experience to sit with those brave people who had successfully fought against the evil and are now living a fulfilling and healthy life.

What I have been especially inspired by was that although lots of them had been told that they only could have a very short life,they found their own ways to fight against the disease beyond the traditional treatments.

Some of them took some chemo treatments and some of them didn’t since they were told that operations and chemo were not going to be efficient on them since the cancer had been too diagnosed too late. What had they done to come back to life again?

Second, they all have a very healthy life style. They eat lots of vegetables, fruits and fish. In addition to that, it’s said that several Chinese medicines were very efficient to assist the cancer treatments: genseng，gingko，ganoderma，rhodiola root and the spice named curry. Don’t’ go to bed later than 11 o’clock since the immune system needs to work when people are asleep. Last but not least, don’t get too tired.

Third, be happy and positive. A happy attitude is good for health. If people are always not happy ,their body’s energy level is low. As a result, the immune system works less efficiently so people easily get sick at that time.

Although scientists and oncologists have been studying and investing ways to cure cancer for many years, there are still mysteries that have not been discovered.

Why do people get cured automatically without any treatments and operations after being diagnosed with cancer? Why can people live many years after they were told by doctors that they only had several months left? Why do cancer cells disappear after patients had a high fever? Why can some herbal medicine cure cancer? Why does Qigong – a kind of breathing exercise have great good effects on cancer patients?

I am thinking that in the near future, cancer will not be a deadly illness. It will become a common disease just like a cold or a fever. If people take a dose of medicine or even do not take any medicine, they still get cured very soon and easily.