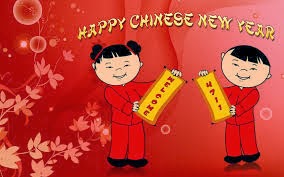 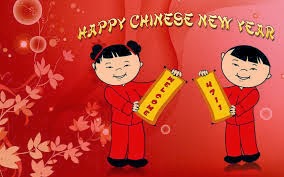 How many of you have ever celebrated or were invited to celebrate a Chinese New Year?  What do you know about Chinese new year?

Vancouver is an international city that many immigrants have come to, people from different countries celebrate their hometown holidays after they have moved to Vancouver. The Chinese population is about 1/6th of Vancouver’s total population , which makes it one of the biggest groups of immigrants. People now are familiar with the red poems, dancing dragons and lions parade and red money packets during Chinese New Year. But how many of you know the origin of this festival?

Let me ask you three questions to begin:

l   Is the date fixed every year? Such as Jan 31st this year?

l   Do we decorate Christmas trees at our home on Chinese new year?

Let me explain it more to you in my speech.

Chinese new year, also known as the lunar new year, is the most important holiday for Chinese people. It is celebrated on the 1st day of the 1st month of the Chinese calendar, which varies every year.

So what do we do at Chinese new year? Most importantly we go outside and greet our friends and family. We greet each other by saying “wish you a happy new year and Gong Xi Fa Cai“,which means “have a happy and prosperous new year”.

For kids, they dress in new clothes and visit their family’s older people. Usually kids have new year’s eve dinner at their grandparents’ home with their parents. On the eve, kids say “Happy new year and wish you a healthy and lucky new year” to grandparents, aunties and uncles, they will receive red packets which contain money. After dinner, they can watch Spring Festival Party on TV, which is a tradition and then they can watch or light fireworks.

For parents, they started to do shopping several weeks ago. They also do house cleaning and post the red poems with blessings and good wishes above and beside their doors before new year’s eve. In addition to those, they will prepare for a big fest for the upcoming new year’s party on new year eve. It’s usually the wife who does the majority of the preparation work. 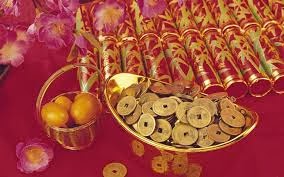 Then what can we not do on Chinese new year? Since Chinese new year is a very old festival, which started five thousand years ago, there are lots of superstitions about it. People even nowadays, they follow the traditions: they need to put knives away, not have haircut on new year’s day; not wear white or black clothing, since these are the traditional colors of mourning; not wash your hair for the first three days of the New Year, because the Chinese word for hair is a homonym for the Chinese word for wealth; not quarrel; not break any dishes, otherwise you may incur more misfortune; not greet people who are in mourning; not say the number ‘four’ (Number 4 is Chinese homonym for death) or mention death; do not borrow or lend money; not send books to someone as a gift, etc.

It was said that a monster called Nian always came out to villages and destroyed everything on New Years Eve. People found that Nian would be scared away after they put red poems on the outside wall of their house and lit fireworks. So that’s why Chinese new year is also called “Nian” .

Another monster always came out on New Years Eve after kids fell asleep. This monster would touch kids’ forehead when they were sleeping, after that the kids would become very sick the next morning. One young couple found that after putting red packets under their kid’s pillow, the monster would not dare to touch them anymore. That’s why parents usually put red packets under their kids’ pillows on New Year’s Eve.

The above two stories can explain why Chinese people like red color very much. They believe red color can keep bad things away and bring them good luck.

To summarize, Chinese new year produces continuity to the past, contains superstitions to the modern life. It gives us an opportunity to visit older people and have family reunions and connecting with people. It put an end to one year and looks to the future.