When a Change is Made 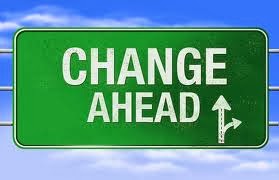 I was invited to go to a corporate toastmaster meeting two weeks ago and I heard one toastmaster’s speech, which was about change. His speech triggered thoughts about my own change. Definitely, after moving to Canada from China three and a half years ago, I have undergone big changes in my life.

Before the move, I had gotten used to some sort of change by working in a fast paced 500 Fortune IT company–Cisco Systems- for almost 10 years as my first job. Cisco is in a cutting edge technology field with lots of new changes everyday, Employees had to get used to change. Every year, we had new products, new management teams, new business strategies and new marketing slogans. We used to joke, “In Cisco, one thing that never changes is CHANGE.” In my 10 years career in Cisco, I reported to 7 different managers, with one reason : I changed positions and then got promoted about every 2 years.

There is an old saying in Chinese: “A tree will be dead after it is moved several times. A person will make progress after he/she moves. “In my opinion, changes make people leave their comfort zone and embrace the new challenges and new tasks.

I have a friend who has been in the same position with the same company in the same department for 15+ years. One day we had a talk at lunch we talked about our career plan. She told me that she was quite comfortable to stay in her position and she was not willing to accept big changes. That is true, comfort zone makes people feel very comfortable since there are no new challenges and no surprises to shake you up. People feel confident and safe staying in that zone and feel like everything is under control.

Before my family immigrated to Canada, I felt comfortable staying in the same company and the same city working with lots of familiar people. Although my job as a Regional Marketing Manager was quite challenging and changing, it was not until I moved to Vancouver that I found what change really meant.

In fact, I should clap for myself . I was not aware that I was that brave when I said yes to my husband when he asked me whether to immigrate to Canada 6 years ago. At that time , I was busy travelling between different cities on various campaigns and projects. I even did not have a chance to think about what the change meant to me. I just agreed by instinct since I believed the change would be good for our child.

On the day before I was leaving my city and my homeland, my parents and friends just could not understand why I made the decision to make this big change since everything seemed perfect in my life. In terms of career, I had been rewarded and gotten promoted quite frequently for my outstanding work .I had been rewarded as one of the best employees to the company. In my personal life, I had a nice one in China .I had a nice live-in nanny at home so that I could free myself from housework and spend more quality time with my kid and my family. Besides, I had so many good friends and professional partners in China ,everything  just worked perfectly and my future seemed quite promising.

Although I knew my husband had submitted the immigration application I thought that was far away.

Until three and a half years ago, my husband had reminded me that we were going to  move now otherwise we would lose the opportunity; At that time, I started to realize that big changes would happen very soon in our lives.

Saying goodbye to my parents, my mother company and my motherland and flying to another country made me have very complicated feelings. Although my parents had found that I was not afraid of changes and new things when I was a child, I still found this change was something different from anything else in my past.

I had moved from city to city with my parents in my childhood and as a teenager along with my father’s business. Everytime I moved to a different city and went to a different school, I usually felt quite excited. On the contrary, it would take my brother quite a while until he felt totally comfortable with it.

My father used to play a game with my brother and me when we were 3-4 years old. He put us on a high table top first ,then he stepped away and asked us to jump into his arms. Everytime he asked me to jump, I just jumped into his arms immediately no matter how far he adjusted his distance to me. But my brother would be very cautious and asked my father to get closer and closer to him until he could lean in into my father’s arms easily. At that time, my father had recognized me as a fearless kid who would like to make changes and enjoy new tasks. 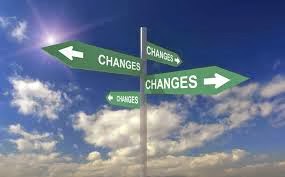 After leaping to North America, I would say that I am still on the planet and have not yet moved out to the outer space.

But the change is still somewhat big here.

From the career perspective, no matter how good I was in China, the Canadian recruiter would think they are taking a risk to hire me since I am from another country. I need to prove to everybody that I am good firstly. But where can I find my stage to play? Who will be the first risk-taker and who will give me a chance to prove my ability?

I got an interview last month by a fortune 500 company. After the interview, I asked the hiring manager her feedback on me. She said that my background and qualifications are great; however, my English is excellent but not yet perfect compared with the native speakers and I have accent.

I realized again that I am living in another different country, which looks at you as an outsider sometimes.

In China, language was not a significant factor for the success or failure for my career. Although my Mandarin has some mixed accents, since I moved with my parents from region to region and city to city in China, but nobody would think my accented mandarin would be a barrier or a concern. In fact, almost everybody in China except Beijingnese does not have an accent when they speak Mandarin; nobody will think accent is an issue to find a good job.

But I am living in an English-speaking country, my accent is proving to be a stumbling block to landing a good job.

It wasn’t until I first went to school in Canada that I found that students could be divided into 2 groups: native born Canadians and immigrants. And sometimes I was dreaming about what it might look like if my native Canadian classmates were sitting in a Mandarin instructed class in China and they needed to discuss, talk and present in Mandarin? Although it is my daydream sometimes, but by thinking a bit of it makes me feel amused.

As a result, no matter how great an attitude I have and how enthusiastic I am toward work, I have to make people feel that hiring me is not taking a risk.

From the perspective of my everyday life, I have to deal with all cooking, housework, childcare things by myself. Having not cooked one meal in China, I found that I am a talent in cooking although I had made some silly mistakes in the beginning. I cooked the fish without cleaning its abdominal organs. Boiled the whole chicken without cutting it. Learned one recipe and successfully cooked a meal and then I ate the same dish for 1 week.

Soon I found my origin of enthusiasm, I would like to feed my son in a mothering way. I enjoyed watching him eating the meal happily and compliment me on being a good mother.

I started to learn cooking seriously. I watched cooking on YouTube. I called my friends to get their recipes. I downloaded cooking applications to my iPhone and iPad and I learnt a lot from there.

In just 5 months, my friends and my family were amazed by how many changes I made and how well I can cook now.

Another change I made was on study.

In order to prove myself to this new country, as well as my enthusiasm on continuous study, I went to a business school in downtown at nights after work. Comparing studying in China with studying in Canada is also a big difference. In China, it’s a teacher-instructed, student –listening, work –on- homework , then exam-taking mode. In Canada, it’s quite different. First it’s student reads lots of materials first ,next teacher instructs and students work on a projectsas a group, then students work on papers as a group . Students also need to work on papers individually and then take an exam.

It was not until I came to school in Canada that I found how important writing skills are. After being asked a few times to revise my individual paper at school, I registered myself to an Advanced English writing course at night. After the course I still found I should learn more on writing, I started to have a writing tutor after that.

Having been working in the business field for many years, I am very good with numbers, analysis, charts and bullet points ,which are used for presentations. But I have not written things longer than a paragraph unless I have to write a new year card to my kid’s teacher.

Since the change of moving to Canada, I have to prove that I am good not only on speaking but also on writing. I started writing and started my English blog a few months ago. Now I would say that my English writing probably is better than my Chinese writing since I practiced more and wrote more in English than in Chinese.

Besides writing, I have also made some changes to speaking. While I was in China, I made presentations frequently but I had not worried about my public presentation before.

In Canada, in order to be familiar with English presentation, I joined toastmasters in 2012. I have found that there are a lot of presenting and public speaking skills to learn as well.

After having delivering my 7 speeches, and now working on my last 3 speeches before getting a Competent Communication title, I found that working on public speaking was also a change I needed to cope with.

In my three and a half years life in Canada, my life is continuously changing. Changing is the key tone in my life now. The only thing that does not change is the fact that everything changes.