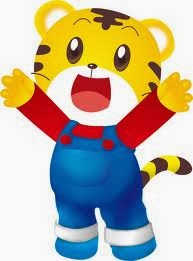 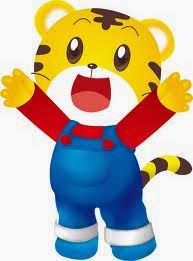 After he came to Canada this summer and started to live in this country permanently, he has made lots of new friends. However, before he came, he was not willing to move and stay in a new country since he had lots of friends in China. He said: “I really hate making new friends ,I just love to play with my old friends.”

In his first week in Canada, he missed his old friends very much. In the 2nd week, he started to feel much better since he was busy playing with his new friends. In my opinion, both kids and adults need friends ,no matter where they are ,so that they will feel they are welcomed and feel comfortable in any new place.

In addition to new friends, John does have a very good and old friend – Tiger Qiao –since 2 years old. Tiger Qiao moved to Canada with John as well.

Even now, 6 years later, Tiger Qiao is still one of John’s best and oldest friends. After Tiger Qiao came to Canada with John, John asked me to give Tiger Qiao an English name . I chose “Danny” as Tiger Qiao’s name.

John starts the day to have breakfast with Danny. After breakfast, he says goodbye to Danny before going to school. After school John will play piano at home .Everytime John puts Danny at the sofa close to him so that Danny can listen to him playing. After 1 hour’s practise, John works on his homework, and Danny “work” on his homework, too. After they finish homework, John will invite Danny to sit with him and watch his favorite cartoon. During dinner John and Danny will “eat” together .They will tell each other what happened at school in the daytime.

Everyday John enjoys talking with Danny and telling him everything about school. Since Danny –as a toy- cannot speak , I use Danny’s voice to talk with John everyday. In fact, John is more patient in sharing with his friend Danny than sharing with us parents. Everyday when John tells Danny what happened in school and what he played at school, Danny, on the other side, tells John his school story,too. I need to make up Danny’s friends so that Danny can also have a real “life” in Canada. As those conversations go on , John will tell Danny about his new friends at school. On the other hand, Danny should have new friends at his new school, too. In order to sound more real, I have to make up Danny’s new friends’ names. I started names alphabetically such as Alice, Betty, Charlie and David so that I can remember them easily.

“What will you do after school today?” John asks Danny.

“I will go to my friend Alice’s home to play.” I answered on behalf of Danny.

I need to remember all of Danny’s friends names, birthdays and their hobbies. One day I forgot Charlie’s birthdate and John was quite unhappy about that. He remembers all his friends’ birthdays and hobbies so clearly and he even reminds me to prepare a birthday gift for Danny’s friend’s time after time.

Before going to bed, John will bring Danny together and they will listen to the bedtime story before sleep. After that, at 9 o’clock ,they say goodnight to each other, then they go to sleep.

What a great childhood John is having now. I very much enjoy the moments with John and Danny. I enjoy using Danny’s voice to talk with John everyday. I have two characters in the conversation, sometimes I am the original character – John’s mother and sometimes I am John’s best friend -Danny.

I find that by using Danny’s role I can make good friends with my son very easily and I also can play with him at the same level. I feel that I am back at my childhood, too.

John had an old bad habit: he always left some food on the dining table after each meal. John fed Danny by using a spoon. He always leaked some food outside of his bowl by doing that. I have told him several times not to waste food but he was still reluctant to mind his manners on this. I told him “John, you are wasting food. Do you know that wasting food by leaking it on dining the table is a bad habit?” He made a face back and still did the same thing.

I tried another way to persuade him. “John, do you know that some children do not have enough food to eat everyday. So please do not waste food like that.” I told him that some children are living under very bad circumstances. They do not have enough food to eat and not enough clothes to keep warm in winter. So we should help them by donating foods such as bread, carrot, and sausage to them so they will not be hungry.

Then one day I had an idea. I used Danny’s voice to tell John that Danny has a new friend whose name is Eurado. Eurado does not have enough food to eat. After we donated carrots to school one week, Eurado said carrots are so delicious and he’s so happy about the food we donated. He was so thankful to us since we donated a bag of carrots to John’s school this Monday.

John listened carefully to Eurado’s story. He asked Danny : “Does Eurado have Lego at home?” Danny said: “No, he does not. His mother said they cannot afford to buy toys.”

John became very serious and he said that some Lego is only under 20 bucks. Danny replied: “20 bucks is too much for Eurado’s family. They even do not have enough food to eat.”

At this time, I , back to the character as John’s mother, asked John :”Do you still waste food like that? Lots of kids are like Eurado , they do not have enough foods to eat, even no clean water to drink in some countries.”

John looked at me and said :”Mom, I will not drop any food on the table from now on. Wasting food is a bad habit.”

I am very happy about that result. By having a best friend like Danny, John can share a lot with Danny.He listens very carefully when Danny shares, too. So our happy family has 4 people: Mom, Dad, John and Danny.