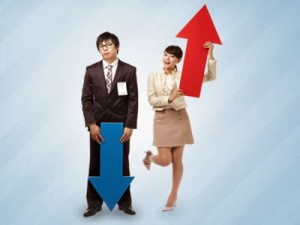 Career in Another Country

It is quite common that successful people fail to find a job in another country after they immigrate. I have met with lots of people who were very successful in China, but they could not find a job -even an entry level one -in Canada.

Some of my friends were vice presidents in some Fortune 500 companies in China and they did very well in their career. They felt very frustrated that their decades of management experience from China got depreciated in another country. After 2 years of job searching after immigrating, one of my friends did not get any response after sending out hundreds of resumes. She then decided to try to apply for the administrative positions and lower her salary expectations although her title was a VP in China. However, she still heard back nothing from those companies.

Having difficulties to go back to work in another country, immigrants have to live in their own community most of the time. They have less chance to learn about the culture of the mainstream.

Once a friend told me a joke about an ESL class. One day the ESL teacher asked the students how to say “arrival“ and “departure” at an airport in English. Most of the students said they did not know. Then the teacher reminded them to think about how they communicate with their friends when they pick them up or see them off at an airport? Those students replied: “We just say the first floor or the second floor: the first floor is to pick up, the second floor is to see off.”

This is just a joke about people who live in this country but do not know much about this country, including the official language.

I went to a workshop, which was sponsored by the government after I moved to Vancouver. This workshop was to help people on job seeking. From there I learnt some job seeking skills and career culture. Firstly ,people who came from another country need to revise their resume such as the format. Chinese people put their genders and sometimes birthdates on resumes, which is quite different in Canada. Secondly, the format we had in China is to put education background first and work experience next. In Canada, we were told by teachers to put our personal highlights and career expectations first, followed by work experience, and lastly is education backgrounds. Finally, we need to polish the English writing on a resume. It’s not until we come to another country that we could realize that lots of English we have been using is not that perfect. In China we call it Chinglish –Chinese English -since English is not an official language in China -so lots of people mix it with Chinese especially as grammar is concerned.

After taking some job search workshops, people still find it is hard to land on a job. Why is that? Lots of Canadian companies like to hire people with Canadian experience. How can people who come from another country find their first job? Very few companies will grant new immigrants a chance to start their 1st experience in a new country. As a result, although lots of immigrants are highly skilled, they still find hard and feel frustrated to find their 1st job in Canada.

Why is it so hard for new immigrants to pursue or grow their career in another country?

In my opinion, three reasons contribute to the situation: language proficiency, level of confidence and cultural circle.

The level of language proficiency will give the hiring manager the 1st impression during an interview. No matter how strong your background is, your English is the first impression that the hiring manager will have during an interview. Some requirements for occupations such as developers and accountants may just need working level English since not much verbal communication is required during working. However, for some other occupations such as sales or marketing, immigrants find it most difficult to find a job. Those occupations need people to have very proficient language skills since they will directly interact with customers or partners. Companies would rather hire a less skilled person who is born and raised in the country than a very skilled person who has accent and who sounds like they come from another country. Although it is said that immigrants are mostly hardworking people since they have a stronger desire to prove that they are good, companies will discard those immigrants with good capabilities in the first round of interviewing because of the level of their English proficiency instead of capability.

Cultural circle means that those new immigrants are not in the mainstream’s circle ,so few people will recommend them. The only way the immigrants do job searching is to apply when they find openings either from traditional newspapers or online job boards. But in fact, the most effective way of getting hired is to be referred either by friends in the hiring company or people who know the hiring manager. Being referred is like taking a shortcut. Their resumes will stand out of the resume piles, arrive directly onto the hiring manager’s desk. Sometimes professional networking is quite a small world. Having worked in one industry for some years will definitely lead you to have some friends. Knowing some people and getting hold of them to write a letter to refer will make it way easier to get a job. But those opportunities are not often for immigrants since they know very few people in a foreign country so they do not have many contacts.

My opinion to improve immigrant’s job seeking situation : firstly, go to a local school to study. One reason is to keep your knowledge up-to-date and increase your credibility in a foreign country . The other reason is that companies will feel more comfortable when they know the candidates are from a school they know. From going to school, you will also make new friends in your class. Secondly, involve yourselves into the main stream society by participating in some professional groups, such as toastmasters and industrial groups; as a result, you will not only have a better understanding of the local career culture but also know more professional people;  Last but not least, it is always important to keep language skills sharp and upgraded and learn more about the local culture. Having a language tutor, reading newspapers and watching local TV will make you not only understand more of the society but also can make it easier to build up a conversation with local people.