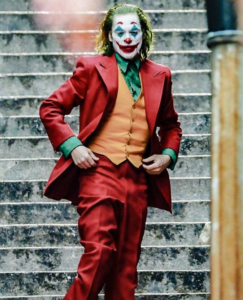 Last month, my son and his friends asked to watch the movie “Joker”, I accompanied them and we watched it together. It was a dark movie and was not my usual type.

I did not watch the trailer beforehand, so I did not expect the outcome of the movie to be that sad. Later, I thought it was not appropriate for teens as it is violent and brutal; although it was their choice to watch it. However, it could also be a chance to talk about reflections.

After the movie, the three kids sat in the car and chatted happily; they did not seem to be influenced by the movie as I thought.

“What did you think of the movie? Don’t you think it had quite a sad ending? Why did the Joker, Arthur, become so hateful and kill several people in the end?” I asked them.

The teens answered because of bad parenting.

John said Liz’s mom was not a good parent at all. Liz’s mom and her husband were drug-addicted. Their fridge and dining table are always empty. The two teen girls sometimes had to eat ice cubes because they were so hungry and there was nothing to eat except ice cubes. Their bathtub needed repairing, but the parents did not pay attention to it so Liz could not take shower as the dirty smelly water was stuck in the tub. Hence Liz did not like to go to school as her mates said she was stinky.

Right around age 15, Liz became homeless after her mom passed away from AIDS. Her dad was was sent to a shelter and could not take care of her and her sister. However, to my surprise, Liz was still grateful for her drug-addicted mom. Despite lacking normal school and parent’s support, she eventually attended Harvard University in the fall of 2000. In 2003, she left Harvard to take care of her ailing father, who hadn’t been a good father, and returned to Harvard in 2006 and graduated in 2009. 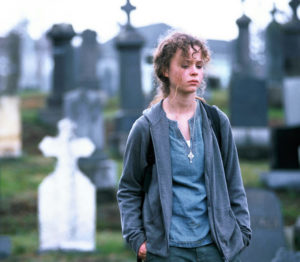 Coincidently, Liz and Arthur are both from the Bronx, New York. What’s the major difference between them – the failed comedian Arthur Fleck and homeless Liz Murray?

In my opinion, the biggest difference is their attitude. Liz chose to be grateful and change her fate and Arthur chose to be hateful and gave up on life.

To be grateful or hateful, it can be a choice. The result will be different upon the choice.

If one chooses to be grateful, people will feel lots of good things in life and they can feel they are cared for and they will feel the surroundings have kindness and love, even though sometimes not all people are kind.

Gratitude is the capability of recognizing the beauty of life, and it is also a positive attitude. Nothing is perfect, but those people who choose to be grateful zoom in on the good things and zoom out the unhappy things.

If people choose to be hateful, people will feel their surroundings are often against their wills, and they usually feel they are bullied and treated unequally; again, nothing is perfect but those people can choose to zoom out the good things and zoom in the unhappy things.

It is said that life is a mirror; you smile; it smiles; you hate; it hates you.

There are so many things in life, every day we may have a choice to be grateful or not grateful.

I have been living in Vancouver for 9 years. People complain that there is too much rain in Vancouver. I also complained about it, too.

I had one trip in LA and I happened to experience the miserable Woolsey fire on Nov 8, 2018, during my stay. It was the most destructive wildfire that burned 96,949 acres of land in Los Angeles and Ventura Counties of the U.S. state of California.

I was one of the many who was driving on the highway and tried to escape the fire. My hotel was only 10 miles away, which meant the fire could reach me in minutes. I was driving and listening to the radio; the local people were desperately praying for rain but it seldom rains in LA, and the weather was very dry.

After I came back from LA, every time it rains in Vancouver, I become so grateful as I can breathe in the fresh air, and enjoy the moisture in the air.

The first day I immigrated to Canada, I lost all my connections and resources back in China. In China, I had a housekeeper taking care of the housework and the cooking. I had parents-in-law or my parents help me to babysit my son when I went back to work. But after I came to Vancouver, I had no support. I almost did not know anyone here. I was a stranger to this beautiful city in another country. But today, I am so grateful for this opportunity because now I can be independent. I have the confidence that I can live anywhere in the world due to this experience.

I know some people choose to keep complaining after they immigrate to Vancouver.

My mentor once said ‘complaining does not help anything’. I cannot agree more.

I read one sad story 2 years ago. Three people went to a noodle house to have dinner. It was advertised at 4 dollars per bowl outside on the window, but after they finished eating, they were told it was 5 dollars. The owner explained that they had already increased the price but he hadn’t had a chance to change the information on the window. The guys refused to pay the extra 1-dollar and argued with the owner. They could not reach an agreement; one guy was very angry and he killed the owner. The guy thought they were bullied as they had just arrived from another city…

Stop complaining or being hateful. Hate is a poison in life; it can slowly destroy a person’s inside emotion, pollute a person’s will and this position can seep into all relations around and destroy relationships. Gratitude increases happiness and positivity. Being grateful also helps people become more empathic and generous. Even when sometimes others behave less kindly, they can always see or feel every bright side in life. They have the eyes to capture the beautiful moments in life.