I had a chance to read the book Top 5 regrets of the dying last month. The author Bronnie Ware had been in the banking industry for a few years until one day she thought that it was not her passion in her life. She traveled out of her town and became a palliative caregiver and took care of people before their ending. She accompanied lots of clients in their last short weeks or months, so she deeply understands what people’s last thoughts are at the near-end of life. She wrote an Internet blog about the most common regrets named “ The Top Five Regrets of the Dying” and more than three million readers have viewed it worldwide in the first year.

As human beings, we don’t always know what we want and don’t know how to decide on lots of intersections on life’s journey. Our life journey has lots of roads, it has four-way stops signs, it’s hard to make decisions sometimes. Thus we all have regrets. Bronnie is an authentic and empathetic person. She accompanied lots of patients in their last days, so she can use their perspectives to reflect on their regrets. After reading the book, I had a chance to remind myself to make choices based on the bigger picture, which is called life, instead of only the current self.

Regret 1: I wish I’d had the courage to live a life true to myself, not the life others expected of me

Sounds familiar to you? Have we made a decision because we want others to think that we are happy but actually neglected true happiness for ourselves?

There is a story about a lovely old lady named Grace, who had lived with her husband for fifty years. She stayed with her husband until all their kids had grown up and her grandsons had become teens, and one day her husband was sent to the nursing home due to age related health issues.

Her husband was tough and a tyrant of a guy who had made his wife’s married life unpleasant for decades. The sadness is that when Grace was happy about the long-waited freedom without her husband, she was diagnosed with an advanced late stage illness and she only had a few months left in her life.

She was angry at the diagnosis and regretted why she had stayed with her husband so long in an unbearable and toxic marriage for 50 years. She was regretful why she hadn’t had the courage to live a life for herself and not for others.

I know some couples have been spiritually divorced for years but they choose to maintain the marriage shell so their friends and family won’t worry about the divorced status. I have heard many couples, usually, the wives claim that they choose to stay in the marriage because they want to give their kids a complete family, with mom and dad.

People are the product of their environment; when they are not happy, they will pass it on to others and others will be impacted. Especially for children, if their parents are not happy with each other, how can their children enjoy the warm family life and be happy?

Regret 2: I wish I hadn’t worked so hard

Sometimes people have been unstoppable pursuing things in their life, money, fame, and social status; they forget to have a balance and put other things in low priority such as health, family time and spiritual peace.

Two years ago, a 36 year old engineer died from a stroke at work and left his two young children, one is 3 and one is 8 years old and a helpless wife. After his death, it was revealed that he hadn’t had a vacation for a consecutive 22 months and he always worked overtime and also worked during holidays.

This is not to say “don’t work so hard”, but please do mind the balance between work and life.

In some countries, lots of husbands cannot go back home to have dinner with their family every day. Lots of immigrants’ families are separated by thousands of miles, as the husband chooses life in the original country to make money but sends his wife and children to another country to live.

In the book, a wife named Margaret has waited 15 years for her husband to retire so they can make travels as planned. They are already a quite established and wealthy family. But the husband chose to make more money and win more projects so he will retire after that. Heartbreakingly, his wife passed away before his retirement.

I read the “Tao Te Ching” one day and it hit me with a very simple phrase in Verse 9 “Grabbing and stuffing –there is no end to it.”

There is no end to people’s desire if we don’t control it. It is easy to fall into a trap and want more and sacrifice the rest.

In the last book, “The only one thing”, it’s mentioned to live with priority. “Lots of people go for success by sacrificing their health. They stay up late, miss meals or eat poorly, and completely ignore exercise.” People assume that health will be just waiting for them to come back and enjoy in the future.

We need to understand that the time with family and the time to take care of our health will not come back.

Regret 3: I wish I’d had the courage to express my feelings

Not everyone had the courage to express his or her true feelings. There are lots of misunderstandings between people when they don’t express their feelings.

A couple of years ago, I told my manager how I felt about a female colleague. She often made me feel uncomfortable during meetings and conversations. For a couple of days, I felt like not going to work because I wanted to avoid interacting with her.

Then I decided to communicate with her. I told her how I felt and why I thought that way. Then she apologized and explained to me that she had not expressed herself well and it was not the way she meant. She then said she would pay attention to her future conversations. Although the conversation only took me less than 5 minutes, the dark haunting clouds cleared away after we finished the discussion.

I had a friend who lost his dad one day when we were at his home for a house warming party. His dad has been taking various medications for years, and it was very likely that the alcohol he drank at the party had some conflict with the medication, so he passed away suddenly.

He held his dad’s cold body and hugged his dad tightly and did not want to release it when the ambulance arrived. He cried and said: “Dad, I wanted to apologize to you for last month’s argument but I wanted to hold it until your birthday next week. Now I don’t have a chance and you are gone….I never said I loved you so much but I DO love you. You are the best dad in the world.”

It is very heartbreaking to ever lose the chance to apologize to the dearest person in our life.

Regret 4: I wish I had stayed in touch with my friends

Life is moving and we meet lots of people along the way. We make acquaintances in different life events. However, true friends are those who understand you, who accept you for who you are and support you to make life more beautiful.

Loneliness does not mean there are no people around you but means there are no friends or family beside you. I felt the loneliness the first day I immigrated to Vancouver. A relative picked me up from the airport and brought me to my apartment. Then suddenly I felt lonely although I lived in an area with busy traffic and lots of people. But there were no friends or family in that area. I dreamed of seeing my friends smiling faces in the crowd for a few months, so I was lonely for a while.

We are lucky to live in an era where everyone is connected via social media. My heart flourishes and I am happy when I see my friends faces pop up in front of me via Facetime or wechat video. Everyone needs friends, true friends make us smile and feel blessed. 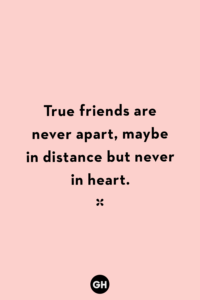 Regret 5: I wish I had let myself be happier

Happiness sometimes is a choice. If we learn to appreciate the beautiful things in our lives we can be happier.

Bronnie mentioned she had depression and she almost wanted to kill herself one night. Later she shared one practice, which works well, that is to write something to appreciate – at least one thing every day in her journal.

Sometimes we just forget to appreciate the kindness of life and take everything for granted. It’s easy to complain about the thing in our lives.

However, we should remember life does not owe us anything, and nobody owes us anything except ourselves. We are the owner of our fate and it’s for us to choose happiness over gloom.

Should we rejoice and celebrate the great things in our lives? There is at least one thing we can appreciate every day: a healthy body, a supportive family, nice colleagues, good reading from great authors, the sharings of a blogger which inspired you, help from your friend, a good friend’s smiley face, a good cup of coffee or the fresh air. There is at least one thing every day we can be grateful for. It’s your choice. We are the owners in charge of our happiness.

To wind up, I am so grateful I read the book “The Top 5 regrets of the dying”. I am deeply inspired.