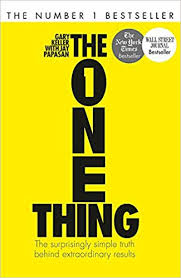 For years, I have been proud of multitasking. I can cook 3 dishes in 30 minutes, I can have conference calls when I am driving, I can walk and text with my friends.

Now lots of young students can do 2 or 3 tasks at the same time: they work on their assignments and chat with their friends, plus watch Youtube videos. They, including my son, can switch between multiple screens quickly.

However, after I read the book by Gary Keller with Jay Papasan “The One Thing”, I realized that multitasking is not something cool. It’s just simply dividing the focus into different things. Every person can only have their full attention on one thing. If we are working on different things simultaneously, we are just not fully focused.

Here are the list of my learnings from the book:

The Young Chinese Pianist Lang Lang, who has performed with leading orchestras in the United States, Europe, and Canada, did not have an ordinary childhood. At the age of 5, he practiced 6 hours of piano every day. Piano practicing dominated his childhood. Although he was told by his piano tutor that he had a “lack of talent” at age 9. he did not give up the piano. In 1994 Lang Lang was awarded the first prize for an outstanding artistic performance at the Fourth International Competition for Young Pianists in Ettlingen, Germany. He appeared in Time magazine’s 2009 list of the 100 Most Influential People in the World and Gramophone magazine’s Hall of Fame in 2012.

What has Lang Lang’s focus been throughout his years? Piano! How many piano learners are there in China? According to Google’s 2017 statistics, it’s about 30M. How many Lang Langs are there in China? Only one Lang Lang and one Yun Di Lee. Yun Di also practiced 5-6 hours every day. They are the only two Chinese piano players who are very successful in their careers.

What’s your one thing? The most productive people block their time on one thing. Gary suggested blocking a few hours every day for the one thing. When the ideas pop up in your head, just write them down and get back to it.

A new habit is not easy to make. According to research, a new habit needs 66 days to acquire. After one has a new habit, it’s much easier to keep doing it. Once the new habit becomes part of life, it follows that it just becomes the routine.

“You are what you eat.” If you read good books, talk with intelligent friends, eat healthy food, you will become mentally healthy and physically healthy.

3. Willpower supply
Willpower equals the delay gratification; it is a huge indicator of future success.

Circle back to the example of Lang Lang. He started piano from age 3 and started practicing piano at age 5, for 6 hours per day. It was 10 years later when he won the first prize in an international concert. How many people can wait for 10 years for the first result?

He did not stop there. After the win, his average piano practice time was 8-9 hours per day. Then he became who he is, famous and successful.

Lots of people make goals and plans and stick with them for a while.

Since I started to learn piano last September, I started at the entry-level. Now, I am at the advanced level for adult piano class. Each class started with about 20 people, then it became less than half the students to advance to the next level, although the instructor tailor-made the course for adults and made it not something challenging at all. I understand it’s just a matter of practice. And I need to allocate 30 mins to practice so I can keep my piano learning journey ongoing. Otherwise, I would have given it up.

According to the book, “Willpower has a limited battery life but can be recharged with some downtime.” It’s totally ok about it. Have 8 hours of good sleep, and you will be recharged. 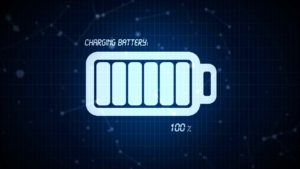 4. Big is bad is a lie
Most of us dare not to think big as we can easily tell ourselves “it’s not possible” as it’s beyond our knowledge.

In the book, it has one story about Sabeer Bhatia, who is the father of Hotmail. He came to America with $250 in his pocket but eventually sold Hotmail to Microsoft for $400 million.

Steve Jobs was regarded as crazy enough to switch people from using an mp3 to listen to music, a camera to take pictures, the phone to make phone calls into one, which is called the iPhone and is used for everything.

5. A journey of a thousand miles must begin with a single step
And the step usually starts with a question in our mind. It’s says, “Life is just an employer; he gives you what you ask.”

I always tell my son, don’t be afraid to ask. If you don’t ask, nothing will happen; if you ask, something may happen or may not. It doesn’t matter if you just ask.

Last month, we went to Tokyo and stayed for a couple of days. I have been to Tokyo just once a couple of years ago, and this was my second time.

I wanted to make our stay fun, so I bookmarked several top-rated restaurants around our area according to the Google review. But walking on the street, I was not sure if the Google map directed us in the right direction. As there were several small paths like a labyrinth, I walked back and forth but Google maps showed that I was farther from my destination.

Life is like that, if we don’t ask, or don’t ask a quality question, we might go in the wrong direction until we finally notice it is wrong. Sometimes it can be late.

6. Until the one thing is done, everything else is a distraction
The author illustrates people’s lives with a pie chart. He says nowadays, most people’s days are 80% of time spent on everything else, 20% of the time or even less is spent on the one important thing.

It is so true. When we receive notifications from lots of places, such as email, social media, SMS or messenger, we are more likely to check them out to avoid “missing out”. After we keep checking things from all kinds of reminders, notifications, we find a day is almost over, but we haven’t finished anything we planned to do.

Then the cycle happens again and again; it’s why lots of our goals are not achieved.

The author says he puts everything aside when he is working on his one thing; he goes back to the other things after he has finished that one thing. 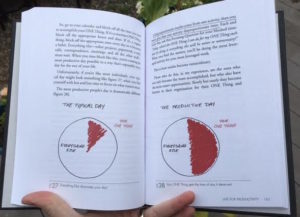 7. Books are paths to great answers
There are 3 categories of answers to your goal: doable, difficult and possibile. The high achievers like to choose the “possibile”, which lives outside of people’s comfort zone.

If something is outside of our comfort zone, the only way to work on it is to learn and keep an open mind.

The author mentioned, “books are the great go-to resource. Books and published works offer the most in terms of documented research and role models for success.”

Nowadays, people rely on Google search, which is all right to gather some information. Google search is fast and easy. But some results can be misleading as not all information is verified.

I happened to listen to an audiobook about teenagers recently, as my boy is a teen now. It is said that teens need to have a goal around the age 15. They need to understand what they want to be and what their goals are. In addition, the value proposition generates its goals.

A value proposition, which is narrowed, to one’s benefit or interest can limit one down.

This is an extremely relevant true story. What the speaker wants to get through is that if a goal is related to oneself only, the person can become aimless after finishing all the personal goals; if a goal is a bigger goal which is engaging with the community, giving back to the society or even changing the world, the goal will be ongoing and meaningful.

The right goal drives people in the right direction.

9. Achieving extraordinary results: live with purpose, live by priority and live for productivity.

“Purpose means what matters to you and take daily actions to align with it. However, purpose without priority is powerless. Your “present” now and “future now” is determined by the priority you live in the moment. But the farther away a future goal is the less motivation to achieve it.”

I spoke with some middle schoolers, and aked them, “What is your future goal after you graduate from high school?” Some of them said, to go to the top university in North America and then go to the coolest company to work.

But how do you get to your destination? I can tell that electronic devices distract lots of middle schools students. If you hang out with students who like to spend lots and lots of time on gaming, you won’t get there. I am questioning.

I notice lots of people are very hard-working people. But some of them sacrifice their health: they stay up late, miss meals, eat poorly or ignore exercise.

“Don’t assume health will be just waiting for you to come back and enjoy anytime in the future.”

The Amazon CEO Jeff Bezos said he needs 8 hours of sleep every day. Lots of people tweet the news. In fact, every adult needs 8 hours sleep. Some people just ignore it.

I read a book from Juan Yu, a graduate of Fu Dan University, which is one of the top universities in China. She wrote this book before her death from breast cancer in her early thirties.

She asked herself “why me”? Then she answered her question in the book “because I ignored those healthy habits, I stayed up late, I ate lots of things that I should not eat, and I didn’t exercise…” At age 31, she was longing to survive after the treatments but she didn’t. She died at age 33.

We need big energy to achieve our goals. 8 hours of sleep is just what we need to cool down our engine; then we can start again the next morning. No one is different.

11. The environment must support your goals.
You are a product of your environment. Making friends with the right people is the right thing.

There’s an old story “three moves by Meng’s mother”, which is about the mom who moved three times as she noticed the environment with the wrong people was not good for her boy’s growing up. Her son would form bad habits by making friends in his neighborhood.

No one succeeds alone and no one fails alone. Children who make friends who are high achievers are more likely to be well performing students. Vice versa.

I remember I had a classmate in middle school who made some bad older friends with no jobs after graduation. She was soon banished from the school after she often hung out with her friends as she had some bad habits such as smoking and skipped school after hanging with those friends.

I quite like the sentence above. Everyone is the starter of your domino effect. There are two wolves inside us, one is fear which has concerns, doubts, hesitancy, laziness, negatives; the other is faith, which brings calm, confidence, passion, determination.

Which wolf wins? It’s the one we feed. I was discouraged by my peers before going for my MBA after immigrating to Canada . “You can’t graduate in another country’s MBA when English is not your mother tongue.”

Luckily, my faith wolf won, that wolf said: “You can do it. Don’t be afraid.”

I hope every one of you feeds the faith wolf inside of you. Remember, you are the first domino. 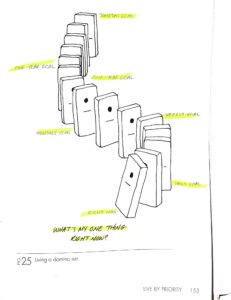