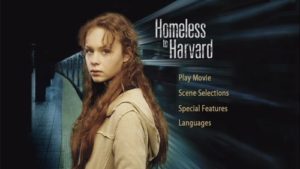 After Watching “Homeless to Harvard”

Last weekend was the traditional family movie time for John and myself. It was my turn to pick our movie, and I chose an old film: Homeless to Harvard.

In the beginning, John again did not want to watch it as it’s beyond his comfort zone to watch movies except cartoons and children’s entertainment. I told him he would get inspired and then he finally agreed to watch, although reluctantly.

The movie did inspire both of us! It’s about a true story. The drug-addicted parents in New York’s meanest area raised Liz Murray and her older sister Lisa Murray. Liz’s childhood is very different from a typical child’s life. Her parents spend almost all their money on drugs. The home is a messy, dirty and depressing place. Liz and her sister sometimes have to eat ice cubes because they are too hungry and can’t find food to eat. The bathtub does not drain, and it has fetid water all the years with no one trying to fix it. Liz smells as she does not bathe for days and she has to skip school often because her schoolmates laugh at her as she stinks. She always wears sloppy clothing. Her mom fights with her sister for money to buy drugs, and her father ignores the whole situation and watches TV all the time. Liz works and has to give Mom money to see a smile on Mom’s face; although the funds are essential to keep them staying from hungry.

The family and the environment Liz lives in are just like an endless deep black hole with no hope to get out. 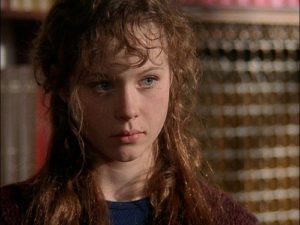 Until one day, Liz’s mom dies from AIDS; Liz is just 15. Liz lies on Mom’s coffin before it is buried and she suddenly realizes that she has to do something to save herself and escape the devastating fate.

Liz starts to go to school and works very hard toward her life-changing goal –getting a good education and changing her desperate life. After her mom dies, her father moves to a homeless shelter and entirely ignores the sisters. Liz refuses to stay with her grandfather, as that evil old man has been having an incestuous relationship with his daughters and one granddaughter –Liz’s sister.

For a period she has to sleep on the street, the subway or the roof of different buildings with her good friend Chris, who also was born in a violent family, when she also has nowhere else to go to. She sometimes has to beg from strangers for change on the street, and she also steals food from the grocery store to stop from starving to death with Chris.

While normal kids enjoy a carefree life and leave lots of things to their caring parents, how many of them can understand the experience Liz went through? I believe there are very few Liz’s in the world who can steer their life to a different way. Liz changes her life because I see in her some remarkable characteristics which help her to get out of the muddy swampland.

One characteristic is self-control: For most kids who are raised in broken home environments, it’s very easy to behave like Liz’s best friend Chris. Chris mentions several times to Liz how they cannot change their lives, since they are so unlucky to be born in violent, love-lacking, poor families from the bottom of society.

Liz studies very hard when she is determined to change her fate. Although she seldom goes to school like other kids before, she controls herself and gets away from everything such as friends’ invitations or even does not get influenced by her only good friend, Chris, who keeps discouraging her. Liz can devote her all attention to study. She manages to double or triple her study time by staying late at school and the library, reading when she does the dishwashing or does some part-time job. She uses two years to finish four years high school study and even gets the scholarship for her Harvard dream.

Nowadays, lots of kids lack self-control due to too many distractions from the external environment. Games, Internet videos, social media are trying to get everyone’s attention and make money from children. I have talked to several parents who have children of similar ages child to John. They also complained that video games, Internet games, games on mobiles/ipads are just like mental drugs to children. When their children get addicted to those mental drugs, they find it hard to get focused on study and school, and it’s even harder to be self-controlled.

But don’t blame our children, even adults are addicted to mobile phones and can hardly control themselves not to look at them. According to some statistics, average US consumers spend an average of 4 hours on a mobile phone per day. 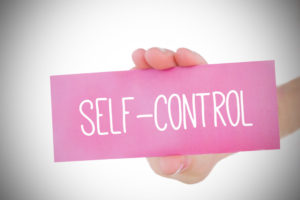 Liz’s age is similar to our’s; she was born in 1980, and she has friends who invite her to hang out and do something else except study.

Let’s take a peek to see how some well- known people spend their day? Warren Buffett spends most of his day reading and then exercising. Bill Gates also spends the majority of his time on reading, then exercise then family. (link)

Why is it that some people can get away from the crowded and seductive online digital world and stay controlled in what is vital to them? This is the power of willpower and self-control.

I also have had the experience. When I was reading, studying or trying to be focused on something and I put my cell phone beside me, I would check my phone frequently when there was a notification. After some time, I realized that the mobile phone is one disrupter, so I decided to put my cell phone aside and turn off all notifications.

Another characteristic is self-motivation: Liz is the person who is the owner of her life and her future. Nobody around her can help her. Her drug-addicted father is a smart guy, but he ignores the family and then leaves. Her mom’s primary interest is in drugs but not the family. Her best friend, Chris, discourages her by saying that it’s their fate and it can’t be changed.

Liz motivates herself to study, have a goal to finish her education, and go to a world-class university – Harvard.

Self-motivation is a valuable trait for everyone.

Are adults motivated to keep learning after they finish their education? There’s a famous app called “De Dao” in China. The slogan is “life time learning university”. It is an app, which enables people to listen to audiobooks or newspapers on their mobile phone by subscription. I agree that “learning” is a lifetime habit. Knowledge regeneration has become faster nowadays. Before it was 50 years, then it shortened to 20 years and then ten years, 5 years. Now along with the Internet and technology updates, knowledge regeneration can be 3 years or even shorter. If we are not motivated to keep learning, we are using yesterday’s knowledge to do today’s and tomorrow’s jobs, and it’s possible to be washed out by the era unmercifully because our knowledge is outdated.

The last one is optimism: Liz remains thankful and loves her parents although they are not qualified parents. Lots of times people are not happy because they feel others don’t treat them well enough. It’s easy to become more and more negative and feel the world is unfriendly when people carry lots of unhappy memories all the way. The negativity becomes a burden, and it doesn’t hurt others that people hate or dislike, but it hurts the people themselves who carry it.

People who feel happy and optimistic are those who usually forgive others quickly and forget their unhappy moments..

I think the three traits that Liz has, self-motivation, self-control and optimism are the powerful strengths that change Liz’s life. I believe everyone who has those three strong traits can have a significant and happy experience as they control themselves, instead of being controlled by external factors such as games and bad moments. They keep going on with a heart full of appreciation, forgiving and loving. 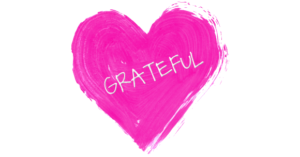