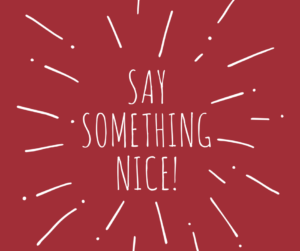 Yesterday, Saturday was the traditional family home movie night with John. We take turns to decide which movie to watch and yesterday was my turn.

I chose the new movie “Wonder” when we watched the trailer; John did not understand why I chose this, which seems like not an “ordinary” movie because the boy August (Auggie) Pullman does not look ordinary. I smiled and said, ”You will love it.”.

In fact, John loved it. The story is about a ten-year-old boy whose name is Auggie Pullman; he is a smart boy who like most boys of his age, likes to play games and Minecraft. He also likes Starwars. John loves Minecraft and Starwars so this movie in some ways quite resonated with John. 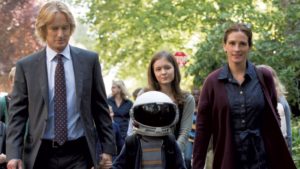 However, Auggie did not look ordinary because of a rare medical facial deformity when he was born. Because of it, Auggie had 27 surgeries after he was born until he was ten years old. Due to the numerous operations, he has been homeschooled by his mom Isabel until he is approaching the mid-school age of 10. Auggie’s parents decided to send him to a private school, named Beecher Prep for grade 5.

Auggie liked to wear an astronaut helmet so people can’t see his face on the street. He has to take it off after going to school. In the beginning, his classmates exclude him and stay away from him, so he usually has lunch alone at school’s lunchroom. He is still laughed at by others when he eats since nobody likes him. But soon his classmate discover that he is brilliant and he is good at lots of subjects. He soon has a friend whose name is Jack in his class.

Since he builds the friendship with Jack at school, he becomes delighted and he’s not lonely anymore. However, on Halloween day, when he wears a ghost costume and walks into the classroom, he overhears the other boys, including his friend Jack, talking about him and laughing at his ugly face. He is severely hurt and feels betrayed by his only friend.

A while later, another female student, Summer comes up to Auggie and makes friends with him. Auggie tells Summer what he overheard on Halloween day, and so he ignores Jack. Later in the term, his classmate Julian and Julian’s friends bully Auggie. They leave hurtful notes for Auggie to make him feel uncomfortable. But Jack fights for Auggie with Julian because Julian said Auggie was a freak.

No matter how others look at Auggie, Auggie still tries to ignore those bullies and studies well at school.

One day Jack talks with Summer as he still wants to be friends with Auggie but Jack does not understand why Auggie ignores him. Jack was hinted by Summer the “Ghostface.” Soon he realizes that the “Ghostface” on Halloween was Auggie. At that moment Jack said he was just pretending to be Auggie’s friends, but he did not mean it.

The end of the movie is a happy ending: Auggie gets more and more friends and is more accepted by his classmates. During the school graduation ceremony, the principle Tushman announces that Auggie has been selected for the Henry Ward Beecher Medal for his outstanding behavior.

After watching the movie, I told John that Auggie is a good example of how to deal with a bully. I know “bully” is a sensitive word at school, and all schools are trying to broadcast the “anti-bully” message and encourge students to be respectful of each other. But, if, a child has to face some competitive situations, what shall they do?

This is not the only movie I watched about bullying. Last year I watched the “13 reasons why” -the actress Hannah, who is a teenager and who is a high school student, takes her life because of school bullying.

What is a bully? According to the Cambridge Dictionary, it means “someone who hurts or frightens someone else, often over a period, and often forcing them to do something that they do not want to do.” 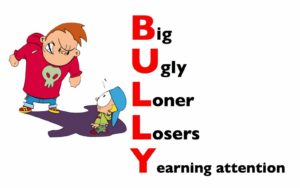 I have experienced a short time of being bullied and here’s how I dealt with it. A workmate always challenged me for being not efficient and made me look silly in front of others. During those days, I felt depressed and didn’t want to go to work. But soon I found a way to fight against it. I talked with several colleagues and sincerely expressed my feelings and asked for their suggestions. Then I told my manager how I felt and provided some evidence. Later, the lady and I could work independently with min interactions. My manager and my colleague both supported me as they know I am a hard working staff with high work ethic and excellent performance.

When I was a child and when I was an intern, I met with those bully situations. Before I did not know there’s a term for it and sometimes I did not realize the situation. In our life, unless we are super lucky, we can’t avoid facing a bully. Although it’s not a pleasant situation, everyone should fight against it instead of being beaten down. I felt despondent when I read the news and saw suicide cases because of bullying.

Here are my suggestions for when you feel you are being bullied:

First, make more friends; bullies always makes people feel lonely and depressed. Once you make real friends, you share them your feeling and ask for help. Not all friends can give you solutions but you won’t feel lonely, and you may find you are not the only one who is in the situation.

Second, be strong; sometimes people may criticize you wrongly and make you feel you are nobody and you are useless. Take a second thought when getting home or find a quiet space. Is that YOU or is that because that person who criticizes you was too mean to you? Write on a piece of paper how good you are and what you did or achieved in the past. You will soon realize how great you are in some ways. If you keep focussing on your goal, the results reveal everything and make those bullies bored.

Third, say something to your community. You can say something to your family, your trusted ones or some community. Remember to speak out and don’t keep silent. Hannah from the TV series “13 reasons why” had experienced bullying from 13 people but she did not tell anyone even her mom. All her secrets got discovered after people listened to her recorded tapes but that was already too late as she had already taken her life;

Fourth, ignore them. Try your best to ignore them and move on. If you react or get frustrated, they will be more excited to continue bullying as that’s what they want to see, which is to see you sad and frustrated. If you ignore them whatever what they say, they may stop as it does not work on you.

Fifth, if possible, arm yourself with a more powerful body. It is always not a bad idea to build a healthy body, not just to deal with bullies but also good for you by any means. In an upcoming conference, there’s a special session for ladies to learn how to have self-defense. I think it’s a great idea as some unfriendly males sometimes threaten females because they are not strong enough to protect themselves.

After watching the movie, this is what I told my boy to fight against bullying:

• Make some real kind friends in school. When you feel someone is bullying you and threatening to harm you, you can go to school with your friends; you have less chance to be hurt.

• Be strong and confident in yourself. They are just mean people who want you to feel bad, but you are not the one whatever they say, you are who you are; if you are doing well at school and like to help others, most people soon will know your pleasant personality and get close to you. Bullying is only a small portion of life; there are still lots of good students in the school who can tell the good vs. bad students; good people will always get more help.

The most important thing as a parent, I told my son is always shares your life with we parents or your trusted people. As we are the people, who would stand beside you and help you, although sometimes when you become a teenager, you may, like other teenagers not want to talk with us. However, please always remember, we are the people who love you and care about you most.

• Try to ignore them. My boy, you know how you feel when you are naughty and sometimes want to irritate me. The more I get annoyed, the more fun you think it is. That’s the same feeling for those people. If you ignore them, they will feel bored of bullying you and may walk away.

• If possible, take a tae kwon do or kungfu to make you stronger. It is a way to protect yourself.

But after talking a lot about the “bully” topic, we all know that there are lots of friendly people in the world. Life is like a mirror, the more you smile at it, the more it smiles back at you. 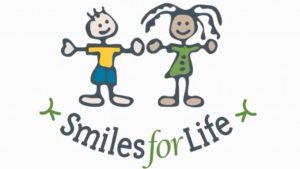