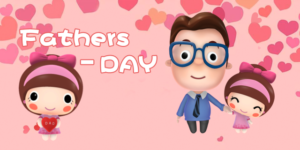 Dad is quite a plump and big guy. He is not willing to travel around as he is a person who sweats easily. As a result, for years I have tried to persuade him to come to visit Vancouver. Then finally I succeeded, and he made his first trip here last September. Dad is a funny and humorous person, on his first visit; there are lots of funny stories. 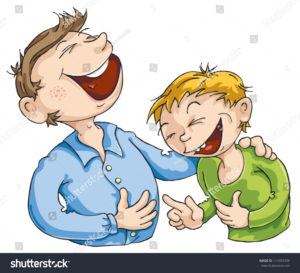 Here are some little stories:

But when my kid’s friends come to visit us we have to introduce their English names to Dad as most of them were born in Vancouver. English is their mother tongue.

The first time when I introduced other kid’s names to Dad, he had to process them in his brain and tried to remember them. Dad is a smart person, and he has a good memory. But how to remember those names that mean nothing to him? Dad learned Russian when he was a student, and he has almost 0 knowledge of English except for the 26 letters of the alphabet.

However, my smart dad soon found his way to remember those names. He tried to use Chinese words, which have a similar pronunciation to the English names, and this is much easier for him.

If anyone knows Chinese, you will know exactly what I mean in the following.

Dad has been a smoker for more than 30 years, since he was young. He needs 1-2 packs per day. This Christmas, my parents, went on a family trip with us.

During the trip, we needed to fly to Miami from Vancouver and took two transfers. Due to the severe weather conditions, lots of flights got delayed so did our flights. We stayed in different airports for more than 12 hours. After arriving at the hotel, it was already 2 am in the morning. Dad’s first important thing was to smoke two cigarettes outside of the hotel. After that he made tea, and he said to himself: “My essentials are tea and cigarettes. I can’t live without them.”

On the way back to Vancouver, he planned well for how many cigarettes he should have for the day. But the tickets were changed to half a day later; he had to save his last cigarette before leaving for the airport. He said to himself: “Change always changes faster than planned. This is my last cigarette now.”

In Vancouver, Dad has done most of the cooking. He has saved me lots of time in the kitchen during his visit.

Dad started to cook about ten years back when he was in his early 50’s as Mom became slower and slower at cooking, and she enjoyed cooking less than she used to.

I was curious and asked Dad why he only counted to 5? Dad said, that he just knew 1 to 5 in English.

Dad started to learn several English sentences before coming to Vancouver. One day when he was smoking in front of the hotel in Orlando. There was another smoker who wanted to chat with him in English.

My dad shook his head and said: “English. …I don’t know…China de, yes.” Then he made a gesture of Bruce Lee.

Another time, I told him he needed to say “excuse me” before getting out of the lift so other people would be aware. He was afraid he would forget the word. So he got into the lift, he repeated the word “cuse me, cuse me” to himself （he thought “cuse me” was easier to remember). The other people all got out of the way and stepped aside suddenly. Although my dad hadn’t reached the floor, he was planning to, yet he had to exit the lift because he could not explain he was just practicing the word.

In the first week Dad arrived in Vancouver, he asked me to find a map for him as he needed to send my son to afterschool class. He practiced one time before sending my son to the school to make sure he could remember the route. One day he was looking at the map and read the names of the road: no/nou/ 1, no 2, no 3 …I realized that he wanted to remember No.1 No.2 and No.3. I told him it’s not no one ,no two but number 1, 2 ,3… Dad was curious, and he asked “Is it “yes” or “no”?” I told him that it is the abbreviation of “number” instead of “no”’.

One day after we arrived in Miami during our vacation, we found a Chinese restaurant nearby. We took an Uber and went there. Soon I realized that their menu was all in English instead of Chinese. Before I was going to translate it for my parents, Dad took out his phone and clicked an app. He used that app and scanned the menu, and I found all the English was translated into Chinese. What a smart dad! He does not need me to be a translator!

The other day, he accompanied Mom to do sightseeing after the cruise arrived at Carmen Island. Mom said she wanted to find a restroom. My dad found the translator software and typed “toilet” in Chinese, and the software had it translated instantly. My dad held his phone and walked to a local person and showed them the word, and soon they found a restroom without speaking one word of English.

My dad made very tasty dumplings. After he came to Vancouver, he soon found all the ingredients and essentials for him to make the dumplings. He is a very hospitable person, so I usually invite my good friends home to enjoy his homemade dumplings.
Without surprise, almost all of my friends LOVE his dumplings, as they are very delicious!

One day one of my friends requested to take the leftover dumplings home; so did my other friends, as they loved them so much.Since then, my dad is even more confident with his dumpling recipe. Every time he makes dumplings, he asks me to invite my good friends home to have a dumpling party.

My dad said, before he leaves for China, he’s going to make lots of dumplings and fill the fridge. 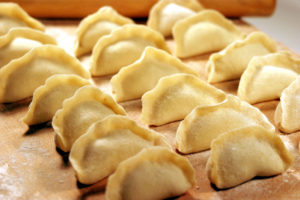