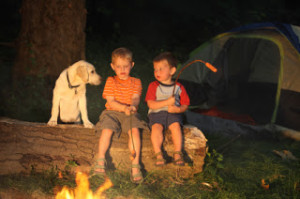 After John came to Vancouver 2 years ago, I heard several times from my friends who are mothers about camping. In China, kids don’t go camping and we don’t have organizations to help kids develop their outdoor living skills such as Scouts. 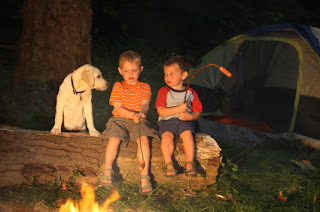 Two months ago, we decided to join a Scout group, which is not far from where we live. I am very pleased that we made this decision and motivated John to become a cub member.

John is a boy who does not like to accept new things, not like me, who dares to jump in any new environment and take new challenges. When he was a toddler, it was quite hard to persuade him to wear his new pair of shoes because he always was comfortable with wearing his old pair of shoes more. We had to convince him that because the old shoes were too small for his growing feet, we needed to replace them.

That is John, who does not like to take challenges and try new things. He also thought Scouts is another class for him so he will have less time to play. I needed to change his opinion of Scouts.

After he went to Scouts for the first time, we asked him whether he would like to become a member. He said neither yes nor no; then we made the decision and registered him in the Scouts.

The second scout meeting was quite fun for John. The scout leader, who is also named John, took the kids to play golf swing on a golf practice court. My boy has become excited about the Scouts since then, and he started to like it more. During the golf break, I asked John if he would consider joining in the Scouts camping, which was 3 weeks away.

He was quite hesitant at that time. “John, please go camping. I will go, too.” His friend David said.

Then again, he neither said yes nor no; then I made the decision and registered him for the camping. In the next three days, I went shopping for the camping equipment and got him prepared for it.

Several days later, John started to feel uncertain about the camping trip. He told me,” Mom, I don’t want to go camping now.”

I encouraged him and said: “Why not? Several of your friends will go with you. I am quite sure that you will have a lot of fun.”

“I just don’t want to go. It will be scary and not fun. And I won’t feel good because you won’t be there. I will have to do lots of things myself.” John said.

Aha! That is one of the reasons for me to urge him to go camping. He has been a bit spoiled, especially by his grandmother. He is not independent. After the conversation, I asked Scout John to give him some confidence about camping. I told Scout John that my boy must feel unsafe because he did not have the experience of being independent.

Scout John said he quite understood it. He asked a girl to share her experience with my John. The little girl’s experience then was used as a testimonial for my John. My John was told that her camping trips were always great and fun.

After the conversation, John had lots of emotional ups and downs. He was still sometimes certain and sometimes uncertain about camping.

The day before the camping, John said:” Mom, I have too much homework to do for the weekend, so I can’t go camping now.”

I knew it was the uncertainties that made him feel uncomfortable. I told him that he was a cub now. A cub couldn’t break his promises like that. On the other hand, I checked that there was not special huge amount of homework for the weekend. He could handle it for sure.

As a matter of fact, on the day of the camp, I also felt nervous, as it was both John’s first camp and also mine. It’s the first time for me to have John stay outside for two nights and leave me at home.

That afternoon before camping, John and his friend, David, had an early dinner at my home. After dinner, David’s mother and I drove the two boys to the site where the Scouts and the cubs were gathering.

After John and his friends took one of the scout’s cars and left us, my mother-in-law and I went back home, I had a quick dinner, and then I worked on my final exam from my school.

When John was not at home, I found that the home was too quiet, that I even could not get used to it. When I saw his pair of slippers on the stairs, I even missed him more.

Is the camp indeed a practice for my boy or for myself? Before going to sleep, I tried to connect to John; I just wanted to see if he had arrived or not. (Later, other friends told me that it was not a good idea to have kids carry mobile devices, such a cellphone, or electronic devices to camp, as it will interrupt them.) I tried a lot of times, but I could not reach my boy. I felt lost and then I went to sleep.

Around midnight, I suddenly woke up and started to miss my boy again. I had a lot of questions in my mind, and I was wondering about lots of things regarding his camp. “Is he staying in a wooden house? How many kids are staying in one room? Are there bugs in the beds? Is there a washroom? Did John brush his teeth before sleep? …” 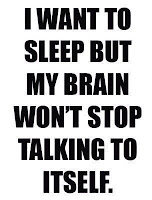 I thought about lots of different questions, but I managed to fall asleep again and slept until almost 5am.

The 2 days when John was not home were extremely long for me. On the day of picking him up, I was quite excited and had several plans to reward him for his first try at camping.

I arrived early at the site where they left for camping; I saw another mother had arrived, too. We chatted and then after 20 minutes I saw a camping car coming back. I ran to the car and found that John was not there.

I was told by the driver that John should be in another car, which was still on its way.

Then I waited and waited until I saw John sitting in one of the cars with his friend David. I was very glad to see him again! I was so proud of him when I saw him carrying the heavy and giant backback, returning home with an expression of pride. Although his face was a bit dark, I hugged him and wanted to kiss his face.

John said I could not kiss his face because he hadn’t washed his face for 2 days!

That is my boy John –I sometimes tried hard to change some of his habits such as washing his face. Even at home, he only washes his face when he has a shower every night. He did not take baths for 2 days, so he would not wash his face either.

We were so glad to have him back. After going to Costco and purchasing a tiny Lego as a gift as promised. We had dinner in one of his most favorite restaurants- Whitespot. I asked him how was the camping? John replied with a big smile on his face:” The camp was wonderful and fun! I ate the most delicious pizza. I went mining and I found gold and diamonds. I also slept in a bunk bed in a bunkhouse with lots of friends. I wish I could have stayed longer! ”