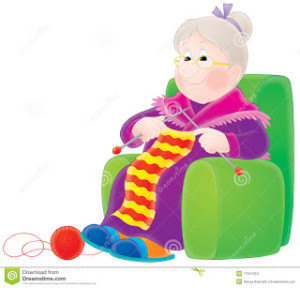 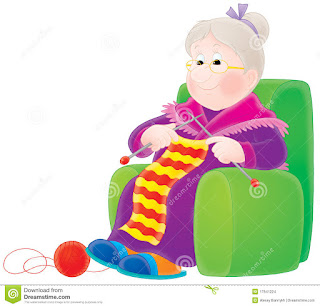 This summer I went back to China for two weeks. During my stay in China, I visited my grandma and stayed with her for 3 days.

When I was a university student I stayed with my grandma in the same house for almost 4 years so my grandma’s home is very homey to me.

In China, a person is regarded as extremely unlucky if that person has 3 specific tragedies in his/her life: lost a parent in childhood, lost a spouse in mid-life and lost a child in late life. My grandma is this type of person as she had all 3 of them and had many more uneasy experiences throughout her life. She lost her parents when she was seven; then she was adopted by her uncle. She then got divorced from my grandpa in her thirties and brought up 7 children all by herself. In the last 5 years, in her eighties, she lost her two sons who died from sickness.

It is indeed a challenging life for her. She also underwent the Cultural Revolution. She was a university professor and was respected by her students. But almost all students turned into the Red Guard; they berated and humiliated teachers overnight. Some of her fellow colleagues could not face the situation and they committed suicide. Regarding her seven children, the oldest was at high school, the youngest was at elementary school. All of her children were sent to remote villages, from the city. It was the first time they left her, and they were assigned to work in fields. Her children all became sick because of the unsanitary conditions in the villages, and the children lacked the immunity so all of them were ill one after another. At the same time, my grandpa was divorcing my grandma. I do not how a young woman handled those tough situations, which seemed to come to her at once at that time.

When my father told me my grandma’s stories, it was quite hard to imagine what kind of situation she had been facing in her life. When I asked my grandma how she handled those difficulties at that time, she said had believed everything would be okay as long as one had a positive and strong attitude.

My grandma is a strong woman, who had been put into hard situations lots of times but every time she overcame them. How could she have brought up her 7 children by herself and never marry again? How could she, on a limited salary, feed, clothe, and educate her children? She had to hire 2 nannies to look after her 7 children, including 2 toddlers, as she needed to go to work. I heard from my father and aunties that their childhoods were very happy and fulfilling. My grandma even had lots of tips to make their lives interesting.  Sometimes she used two towels to make nice new pants for them, and the pants looked quite nice and unique. She made nice food from time to time with her limited salary; every child had a fish on their plates for dinner on weekends. 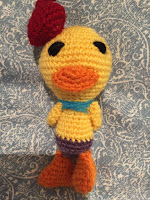 If you think that the specialties about my grandma are all listed above, it’s too early to make a conclusion.

My grandma is a very innovative and high-tech old lady. These days for her birthday we 11 grandchildren will think about new products such as a digital camera, smart phone, digital photo frame, MP3 or iPad as gifts, since my grandma is an e-grandma.

Every morning, she will start her day by reading online news on her computer. After breakfast, she will use We chat (the equivalent of Chinese Facebook) to check posts, reply posts or share them. Then she will go to an online gaming center to play chess or games. 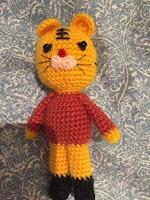 I can always chat with my grandma for more than half an hour on the phone. It’s always very pleasant to chat with her.

One day, I told my grandma that I was afraid to stay at home and sleep by myself. At that time, I came to Vancouver alone and had not gotten used to staying by myself. “I could not fell asleep and always turn the light on again and again.” I told my grandma.

“ What are you afraid of? “ my grandma asked me. “Are you afraid of humans or ghosts? If you are afraid of humans, I think Canada is safe enough and you shouldn’t worry about that. Everyday you just lock your door and go to bed. If you are afraid that there is a ghost or something like that, you tell me and show me if you can catch one. I haven’t met those kind of things in my life, so you won’t, either.”

After that conversation, I thought that was absolutely right. I think my biggest enemy is myself not anything else.

My grandma is also an open-minded grandma. She gave us freedom and respected us no matter how silly or naughty we behaved when we were young.

One spring festival, my aunts were all accompanying my grandma at home playing mahjong (a popular Chinese game with four players); we grandchildren went to the park for fun. But the park was closed due to the holiday so we didn’t know where else to go to hangout. Then we found there was a graveyard nearby so we went there and stayed for a while until it was dark then we went back home.

When I told my mother that we went to the graveyard on New Year’s Day, my mother was very mad at me and thought it was very stupid and ominous for us to go to the graveyard. But on the contrary, when my grandma asked us where we went, she laughed us that “What’s fun at the graveyard? You can see nothing except dead people.”  Then she said nothing.

My grandma seems to know everything although she is old. One day when I talked with her on the phone, I tried to think a trendy topic and thought she would not know what I was talking about, but in fact, she knew everything and she has a young mentality and is interested in new stuff instead of resisting it. 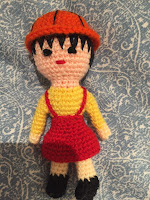 My parents said that my grandma’s metal age is around 50; that’s true.

I can talk with my grandma about any topic and don’t feel she has outdated old fashioned opinions. When I first stayed in Canada, my grandma often sent me messages on We chat and told me to be strong.

Sometimes when I think of moments when I never gave up in my life and didn’t take things for granted I think about my grandma. Isn’t it the same trait I have from my grandma?

When I quit my decent job and first came to Vancouver from China by myself, I went to business school. At that time, most of my friends thought I was too over ambitious to go to business school right after I came from China since my language capabilities were not that strong. I refused to listen to those negative comments and asked my grandma. She said to me that she never thought I would have any problems in that since I had been working for a global American company for so many years in China. She trusted that I could do it.

When I asked my grandma about cooking. She often gave me simple recipes but all the results turned out nice.

When I told my grandma about John’s naughty deeds that almost drive me mad, from time to time, she said that was typical kids behavior. I should always treat kids equally and praise their good deeds no matter how naughty they are. She also told me never discourage John as he needs encouragement instead of discouragement. 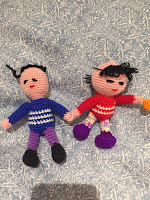 This summer, when I sat with her and talked about my experiences in Vancouver, she said I could count on her to support me. She said she’s always proud of me.

When I left her after 3 days staying in the summer, she walked me to the door, hugged me and said: “I am waiting for you to come next summer.”

I am not worrying about her health although she is 88 years old. Two years ago, she broke her hip and needed a big operation right away. She had to have a partial hip replacement. The doctors were very worried about her condition because she has heart problems, blood pressure problems and diabetes. But my grandma was very optimistic & strong. She told her children if the operation was successful she could live another several years, and if the operation failed, she could die and get relief from the pain. She said both results would be good.

In fact, the operation was very successful and she could walk downstairs a bit slowly by herself. Later she told me, she had more than five operations in her life. She hoped this was the last one.

I love my grandma’s optimism and i hope to see her again next summer and many summers to come.