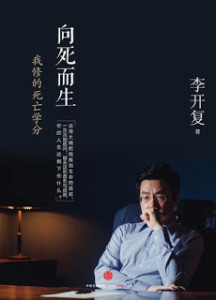 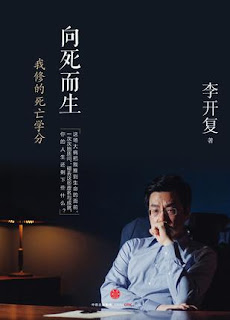 Kaifu Lee – the founder and CEO of Innovation Works in China, has an outstanding profile. His doctoral thesis was published in The New York Times when he was 26. He has held executive positions for Google, Apple and Microsoft – the top IT companies throughout his career. He established “Innovation Works” in 2009 to help people to start their own businesses. He has been a very successful entrepreneur. He has been a very popular person on Weibo – a Chinese Twitter platform: He has over 50 million followers.

I have heard about him a lot of times from newspapers, magazines and media because he’s such a famous celebrity and a very influential person in the IT industry in China. He has written several books. However, it’s the first time that I have had a chance to read his book –“Every Breath You Take Is a Step Towards Death”, which is a new book and was published in July 2015.

It is not a book from a successful entrepreneur who shares experiences how to do a great job in your career, nor a book about how to start a business. I believe Mr.Lee can easily talk about the two topics for days. This book is about a successful entrepreneur who shares his personal journey after he is diagnosed with stage 4 lymph cancer in 2013, at age 52. His doctor told him that he had 26 malignant tumors in his belly.

In the past, I heard a lot of times that people would realize what were the top things that they truly needed in their life when their lives were threatened and their life ending were approaching.

Living in a fast pacing era, it is not easy to be clear about our priorities since people are much busier than their parents’ generation was. I happened to watch a movie called: Men, Women & Children on the plane this July. It describes the current lifestyle that everybody has or has not been aware of – the Internet is dominating people’s lives. People spend approximately an average of 4 hours on the Internet on a PC, and approximately an average of 2 hours on the Internet with a mobile phone, according to social media statistics in 2015. 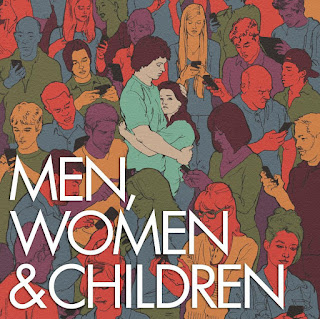 Mr.Lee – as a celebrity and a blogger with over 50 million fans – no doubt his schedule was a hectic one everyday. He promised his staff he would reply to their emails in 10 minutes in the daytime and 2 hours at night whenever the emails were received. He sent 10 tweets everyday on Weibo. Before his diagnosis of cancer, he published 5 books, posted 10,000 tweets, held over 500 lectures – for each lecture he required an audience of over 1000 -otherwise he felt it was not important enough for him to give a speech. He has been a public mentor to lots of young people and coached them how on to do better in their careers. He has been recognized as a workaholic who runs everything perfectly with no errors everyday without stop. His schedule was broken into minutes for maximum efficiency since he had a long list of to do things in his 24 hour day. He set priorities by importance only from a business angle.

According to Mr.Lee’s self-reflection, everything happens for a reason. His sickness has told him that although he is a winner in his career, he has to learn a brand new course named “death” to understand life deeper. Good for him is that he has turned his new journey into a learning experience and shared his experience through this book.

In his book, he mentioned Bonnie Ware’s blog. Bonnie Ware has been working in the palliative care field for years. Bonnie said , When questioned about any regrets they had or anything they would do differently, common themes surfaced again and again . The most common five are:

1. I wish I’d had the courage to live a life true to myself, not the life others expected of me;

3. I wish I’d had the courage to express my feelings.

4. I wish I had stayed in touch with my friends.

5. I wish that I had let myself be happier.

I am fortune that I have had an opportunity to read Mr.Lee’s book and have been inspired by him. After reading his book, I am also reflecting on my own life. My top takeaways from the reading are:

1. Reprioritize the to-do list. I need to look at the to-do list and ask myself: “Are there any items I should delete or could I reprioritize them in a different order? What are the top 5 things I really want to do?” I remember that I was been teased as “one of the busiest women” by my colleague.

2. Do I have a healthy lifestyle? I know the importance of eating healthily, doing exercises at least 3 hours per week and sleeping before 11 pm in order to stay well. But how far have I done according to my plan? .

5. Handle pressure in the right way. Lots of people have pressure in their lives. Such as people who need to pay the mortgage, grow a career, feed a family and be successful. Overstress is bad for the immune system and it will affect health. When I came to Canada 5 years ago from Asia, I went to school before I was ready for it. I felt pressured since at that time, my English comprehension level was not very good. Later I realized that I should have slowed down and taken one course each semester instead of three. Or I could go to school a bit later after I felt more comfortable.  Mr.Lee shared with us how to handle pressure. One suggestion is “When you are unhappy and life is stressful, tell yourself that nothing is worse than having cancer.”

6. Family is very important. Mr.Lee said when he was accompanying his family, he was checking his email, answering phone calls and posting tweets at the same time. One day my son told my husband and me that we check our mobile phones from time to time when we were accompanying him in park. When I visited my grandma this summer, every one including my aunties and I, checked tweets from time to time and engaged with our friends online instead of talking with the people who were sitting beside us. I love my grandma and enjoy accompanying her when visiting her each summer. After 4 days’ stay with my grandma this July, I found that the best part I remember was the several conversations when we put the computer and mobile phone aside. My mother missed me a lot and always asked me to call her more. I realized that if I had spent less time on emails, the internet and tweeting when I was in China, I could have accompanied my mother more and had a better quality time with her. What she needed from me was just to sit there and have conversation.

7. Be healthy and safe are the most important and basic things compared to anything else; without health, you can have nothing. No matter how successful you are, health is the common thing every single person should take care of.  Steve Jobs was a very successful celebrity and a great leader. He created the Apple Empire and grew it. There are over 80 million people in the world who are using IOS –Apple’s system. However, Steve Jobs still could not conquer cancer and passed away in 2011.

9. Lastly, Mr.Lee’s attitude is “blessings in disguise”. Let us always think positively and learn to appreciate. Mr.Lee has become a person who knows life deeper and better after his journey back to health.

I am glad that Mr.Lee has a deeper understanding of life after his experience. He is not a person who only lives only on fame and under the spotlight .His feet are on the ground and he has reprioritized his list and is living a real life.