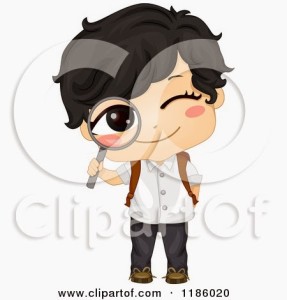 A boy who is closer to being a teen Although he is entering his age of pre-teen, I still clearly remember how this tiny newborn baby lay in my arms almost a decade ago. I still remember how soft and fragile he was. What a lovely & perfect angel he was at that time.

But actually there were some changes before his 1o year’s birthday. One day after dinner he said that he was a big boy now and then he washed everybody’s bowls, plates and also mopped the floor, although he splattered water everywhere. I read some parents magazine and it said that kids at a younger age can be trained to help parents with housework. It is not the same case with kids who are born in a traditional Chinese family.

In a traditional Chinese family, kids are not required to do housework. In their lives, eating well, studying well and sleeping well are all the key expectations parents have for a kid. Chinese parents -especially moms -their responsibility is to make sure their kid eats well with enough nutrition, sleeps early to have enough sleep and studies well and to have a good study habit.

Kids usually are not expected to help parents to do housework so when John did that for me that night I was almost moved to tears. I was wondering is that the signal of growing up?

There are more changes than that. In the past, almost everyday, we needed to remind him to practice piano according to the teacher’s requirement. He usually could not focus on practicing piano and he usually ran between piano and kitchen back and forth lots of times during his practicing. I was sometimes very  angry at him since it seemed he could not stay on the piano bench for more than two minutes. But before his birthday, one night he suddenly could discipline himself and sit on the bench for more than half an hour without moving.

However, does it mean that my boy really has became a big boy and is saying goodbye to his childhood? Indeed, not quite yet.

After a nice birthday party in the Science World, he and his 8 friends celebrated together. My dear mentor told me that when she was a child, her family has an Easter Bunny fantasy tradition and she still remembered it so well. I thought it was quite an interesting idea and thought John would love it because he loved so much about the Santa Clause fantasy .

Before 2015 Easter’s day, I used my mentor’s story and told John that the Easter bunny may come to our house and leave eggs in his basket if he put some grass in the basket and then put the basket under his bed. But the most important expectation is that he needs to sleep before 9 o’clock. 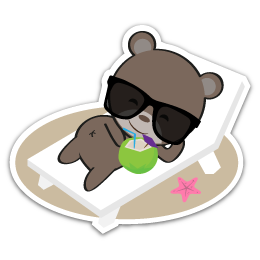 For two weeks before Easter, he dragged on and on before going to sleep. Although we required him to go to sleep before 9, he sometimes went to sleep around 10.

Not surprisingly, my dear Mr. Dragger was very excited about the Easter bunny fantasy and he was wondering how Easter bunny was going to visit us and leave eggs in his basket. The night before Easter, he did everything faster. He finished his homework nice and quick. He finished piano practicing nice and quick. He ate dinner nice and quick –usually he could spend more than 30 minutes on dinner since he was a slow eater who could also be easily distracted. After everything was nicely done, he had a shower and brushed his teeth, he even washed his face – John usually just wiped his face instead of washing face with water. Then my smart boy appeared in front of us in his lovely pajamas! How sweet a moment was that! I thought I was in my dream!

He looked at the clock and ensured that the time is still before 9. He made a phone call to his father and said good bye to his father 2 minutes before 9. Then he sat on his bed and started to talk with Easter bunny :”Hi Easter Bunny, it is now 8:59 and I am going to sleep soon, please do come and leave eggs in my basket. Thanks.”

I was very happy about the turnout. What a harmonious world it would be if my boy could be such a good boy every day!

Of course, I- the “mother’ Easter bunny sneaked in his room in the middle of night, and lay on the ground looking for the basket under his bed .After I found the basket, I “laid” 2 chocolate eggs on the grass. Then I sneakily left his room. The next morning, he proudly showed us that his friend –the Easter bunny had visited him and laid two eggs there. 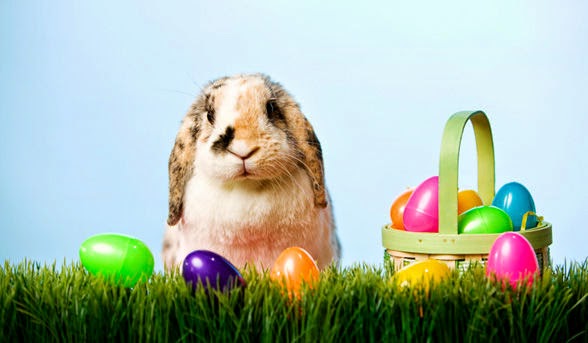 Since the result was so wonderful and the world was so peaceful because of the Easter Bunny, the next day, I told him that Easter bunny will visit him 3 times in a week after Easter holiday if he can be a good boy and go to bed before 9. Of course, this was the most efficient way to tell him that he needed to sleep before 9. In the following 3 days, the Easter bunny left another 6 chocolate eggs in his basket.

The week after Easter’s day, John participated in the Vancouver Music festival and won a 1st and a 2nd prize in the festival in two Grade 6 groups. We were so proud of the results. Then John asked if Easter bunny knew this. Of course, the bunny does!

In the following 5 days after the music festival, the Easter bunny sneaked into his room at night and left all kinds of stuff in John’s basket : a card, a red hot-wheel car, a yellow hot-wheel car and 2 DVDs as the gifts for his outstanding performance!

So has my boy become a big boy now? Of course he hasn’t. I am not worrying about when he can be a big boy and become realistic and mature. I am hoping that he can enjoy every moment as a child and have fantasies as long as he wants. Childhood is so short, and adulthood is so long.