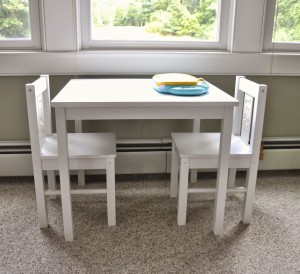 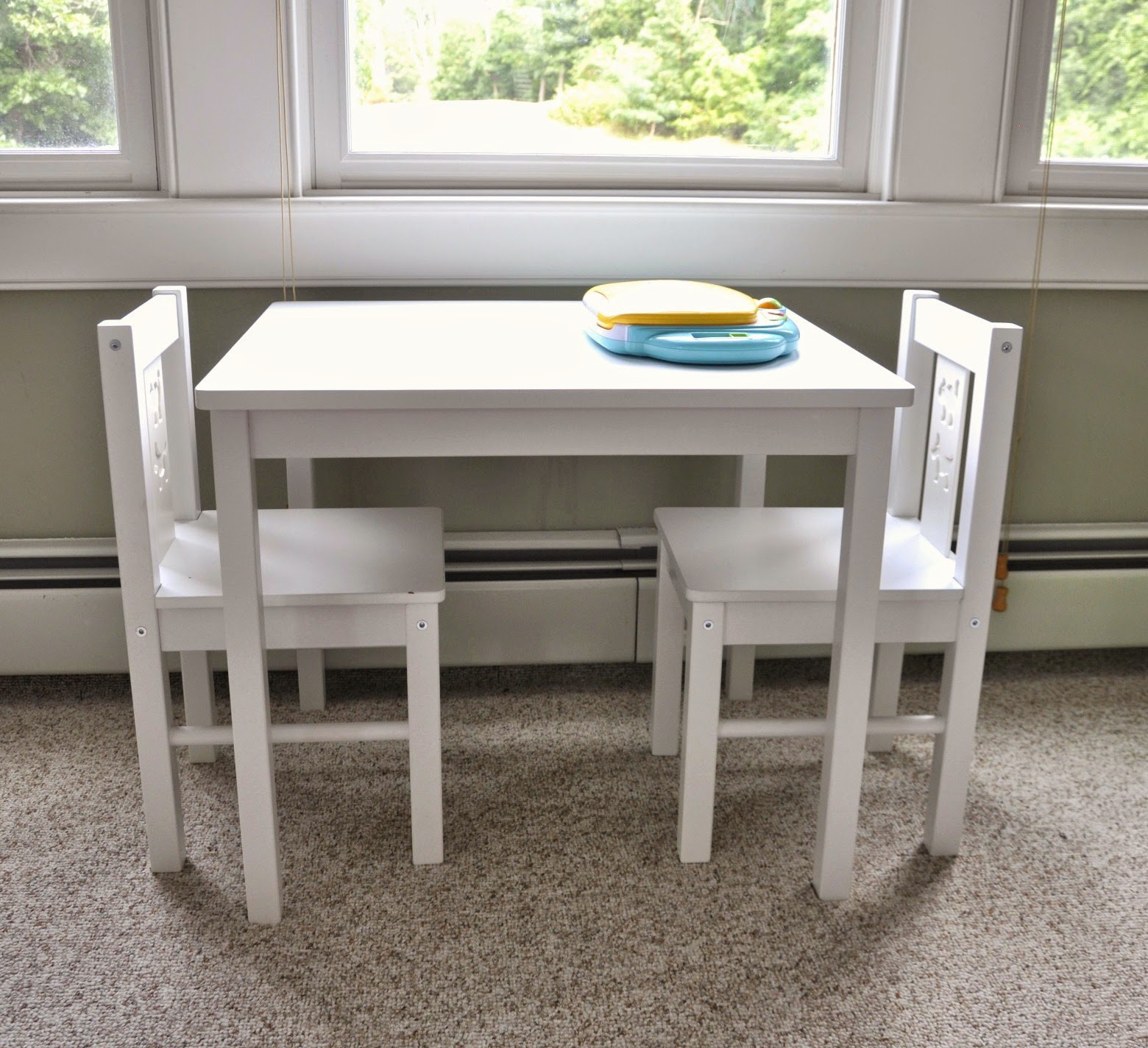 John recently has a great interest in exploring what a workplace looks like. He has a white Ikea chair and a white table, which we bought when he was 3 years old. He has been drawing on his little table sitting on his little chair for a few years.

He now has outgrown the little table and chair. The chair and table seem too small for him. However, he is a kid who has strong feelings about everything, including the clothes, which have been too small to wear and the toys he had played with when he was a toddler. He asked me to keep everything for him instead of throwing them away or selling them. I have to get rid of some things sneakily so that he would not feel sad about those of his belongings leaving him. I sold some pieces of furniture on Craigslist, he saw people coming to our home and taking the furniture away. That made him sad.

When I asked him whether I could sell his little table and the chair , he firmly said No. He likes his chair and table very much although he is a bigger boy now. He assured us that his chair and table are still very useful to him. One day he wrote his name on a piece of paper and then folded it to be a table card. On the card, it said “Mr. John’s Office”.

I have been using some incentives as a type of encouragement when he helped me do some housework or practiced piano well. I gave 1 dollar or 2 dollars as awards to him depending on what type of tasks he had performed. One day, I gave him one dollar after he finished practicing piano very well, he said :”Mom, please send the money to my office upstairs.” At that time, I was busy preparing dinner in the kitchen, I said :”why don’t you take the money from me and put it in your piggy bank?” He said:”No, mom. Please send the money to my office.” He looked at me with a smile on his face and an expression of pride. Then I went upstairs, went to his small table, knelt down and put the loonie on his office table. Actually he followed me to his room, by watching me sending “salary” to his office, he felt very proud of himself at that moment.

Later I asked him why he set up his office.He said :Because I would like to start working now, just like you and dad.

Since this summer, he has saved some money in his piggy bank. In order to encourage him to practice piano, I made the incentive to him so that he could earn some money by practicing piano well everyday. When he wants a toy, he will use the money he earned to buy it. In this way, he can have a sense of honor because he can purchase himself gifts by working hard.

I helped him open a bank account in CIBC, since they send new clients a pink piggy bank when a child opens a bank account. John has almost 50 dollars in his bank account now. And he also has some cash at home since recently we have been too busy to go to the bank and make a deposit.

One day, I had no money in my wallet and I asked him if I could borrow some money from him. He said yes, no problem. He then asked me : “When would you return that money to me? ”I was a bit surprised at this question, and I said :”well, I will return it to you after I have time to go to my bank and withdraw some money.” He then took a piece of paper, he wrote : “Mom owed me 10 dollars today. She will return 10 to me when she makes an early payment. Otherwise, she will return me 11 dollars after December 1st.” 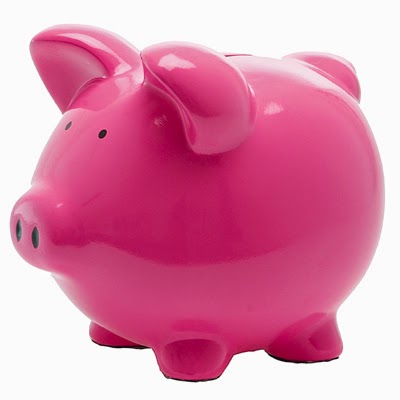 I was a bit surprised and not happy about this, I asked him where he got the idea  from of early payment or late payment. He said he saw it from the ticket I received one week earlier. I received a ticket from City of Richmond because I had not parked properly one night. After receiving the ticket, I told him I had to pay the ticket asap as an early payment gave people a discount.

In November, I needed to deliver a speech according to my advanced manual at my toastmasters club. In this project, I would be a sales person who would practice selling skills according to the selling process in the manual. I would sell a humidifier to my partner in a role play. This was my first project from the “Persuasive Sales” –an advanced manual. I would like to have a partner to practice with before I delivered the speech. I asked John if he would be my partner so that I could practice my selling skills. He was quite excited and said of course.

In the role play, John was a very cooperative “customer” that every sales people would be happy to deal with. When I asked him :”Do you feel dry in winter? Do you like to have a humidifier at home? Do you like this humidifier? And do you want to buy this humidifier now?” He happily said yes to all my questions. So I sold my humidifier to him in two minutes. Later, I told my toastmasters friends that I hoped I could have as nice a customer as John if I happened to be a sales person one day.

Two weeks ago, John wrote a letter to Santa. In his letter, he told Santa that he practiced piano every day and he loved sports. He also asked Santa what kind of sports he liked most. In the end, John told Santa that he wanted to have a Pokemon as a Christmas gift.  This week, John received a letter from Santa who lives at the North Pole. John was very proud of himself as he thought that he must be a good boy so Santa wrote to him. After reading Santa’s letter ,he told me that Santa did not answer his questions in the letter. Two days later, he received another letter from Santa and Santa told John that he loves skating. John has been very pleased since he received the two letters from Santa and he now knows that Santa loves skating. Before sleep, he now has the letter beside the bed and he told me in a very satisfied and sleepy voice: “Mom, I really love Santa…” before sleep.

Even though after becoming a grownup, John will definitely know that Santa is a figure from a fairy tale, it is such a beautiful fairy tale that it has been adopted well by Schools, Canada Post and parents. I strongly believe that as adults , we will become realistic for a very long time. As a child such as John, he should enjoy his dreams, fantasies and fairy tales as much as he likes.