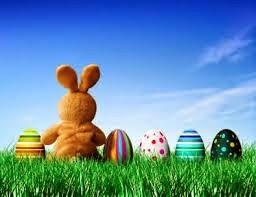 Last Easter Holiday, my friends and I were planning to take our children to a beautiful park, which we had not been to in Surrey. We had read from the newspaper and learnt that the park had train for kids to ride on plus Easter egg-hunt. Our kids were quite new to Canada so they were all excited about the activity for their first Easter Holiday here. The day before we left for the park, I checked the weather forecast and was told that it was going to be variable clouds in the morning plus a possibility of rain in the afternoon.

In the morning, the sky was very clear and blue. The kids all asked their mothers to go to the park. But mothers had different opinions . One mom said “It is going to be a bad choice to go to the park for egg hunting if it rains.” Another mom said “We should go to the park and have an Easter Holiday with our kids.” We totally understand how eagerly the kids wanted to play at outdoors after a long winter. We wanted to have a real Easter holiday with our kids, too. Then we still decided that we would go to the Surrey Park and we hoped that the good weather would hold.

After 20 minutes drive, we were about halfway to Surrey. The blue sky had turned darker and there were gray clouds above us. Very soon the raindrops splattered on our window. Kids were sad. They cried: “Where’s the sun? Bring back the sun please”.

We moms were hesitating whether we should continue our trip to Surrey or not. Obviously it would be wise for us to turn back and go to the Science World since it is an indoor facility.

Finally, we decided to take a chance on the weather and continued to Surrey. Later it turned out that once we had passed through some gray clouds and some rainy zones, the sky cleared up and the kids had a fantastic time in the park that day. 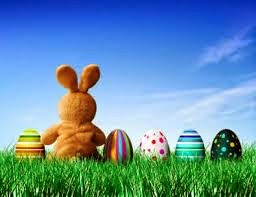 Lots of times we face situations in our lives like this. Do we believe it would be a sunny road or a wet, muddy one in front of us? Do we know if our choice will be right or wrong? Do we have confidence that the rainy day will end soon and we would see a sunny sky and a rainbow after that? Shall we give up since it seems so uncertain in the future?

Lots of times, life is just as unpredictable as the weather. Choosing a marriage partner is one of them.

I have a good girlfriend who has been in a messy personal situation after she got divorced 5 years ago. She and her ex-husband had a very romantic love story before they got married. Her husband was handsome, considerate and romantic. And he was making big progress in his career, too. She had thought that she was the luckiest woman who had married a perfect husband. But her dream was soon broken after she found her husband had several mistresses outside her ideal marriage. She later found that he even told one of his mistresses that he had never loved her. The only reason that he married her was because her father could help his business be more successful.

At that time, she thought that the whole world had betrayed her .She thought men were all cheaters and she believed that she could never find her Mr. Right in her life. Since she lived in a small city. All most everybody knew that she was betrayed . She felt humiliated and shamed, she wanted to evaporate from the world.

However, two years ago, she got married again. Her second husband is the type of man she had been looking for: responsible, patient and loyal. They love, appreciate and respect each other. I believe she has found her true Mr. Right this time.

She told me that she never knew that she could be so lucky to run into her Mr. Right soon after experiencing a heartbroken love story. She told me that women should never give up the whole male gender no matter how miserable an experience they have had with an individual man.

Not only does it happen to marriages, but also there are lots of things in life are like that. Don’t give up. You will see sunshine after the gray clouds or even  after a storm.

I had another friend who was diagnosed with cancer three years ago. Before she became a patient, she was on a very positive momentum in her career and her personal life. She was pregnant and was expecting her first baby. And her supervisor told her she could be promoted to a more senior position in three months for her outstanding performance.

One day she felt unwell and she went for a check-up. Then she was told that she should stop the pregnancy since she needed to have an operation , followed by radiation and chemo treatments right away. After she told her boss about her health situation, she lost the chance of getting a promotion .Her boss thought that she needed more rest as a patient instead of taking more responsibilities at this time. Several days later, her husband broke his right foot on the stairs and he had to be in bed for several months.

She told me that it seemed that all the worst things happened to her in that one week. Her health issue, the miserable feeling after taking a chemo treatment, losing her first baby , losing her beautiful long hair and losing the promotion opportunity that she has been waiting for so long, all together made her feel mentally and physically destroyed .She became desperate and lost the confidence to live.

Three years later, after she had finished all her treatments and was well recovered. One day, she told me that actually she had leant a lot from being a patient. She thought she had been reborn after the terrible year of suffering.

She told me that she had not known how to live a normal life. Before she was sick, the only value she had was working ,making more money and spending money. She did not know how to slow down. She did not know how to appreciate the nature and people. She thought money was the king that she could use the money to get everything she needed. She was very self-centered and limited. She was eager for a quick success and instant benefit. But she was always rarely really happy. She was unable to enjoy life although she had earned a lot of money.

Now she says she is enjoying a real life. She enjoys going in nature and hiking with her beloved husband. She enjoys staying at home cooking for her family and taking care of her newborn baby. She enjoys slowing down her pace. She finished reading lots of books, which had been staying on her to-read list for more than five years. She enjoys taking her parents and grandparents out and had some real family time together. She knows what she needs most now.

The two ladies in the above stories are both my good friends. I had been experiencing the ups and downs together with them. Sometimes life is like that. It sometimes gives you times that is so hard  that you think life is even not worth living ,but that’s exactly when you cannot give up.

Last but not least ,when life treats you badly, I recommend you to watch the video or a book by Nick Vujicic. Nick is a young man who had no limbs when he was born. He has been struggling both mentally and physically since he was a child.

Could you imagine? What kind of life could he have with no arms and no legs?

Well, you must be surprised to find that, at age of 17, he started his non-profit organization and became a great motivational speaker and doer in the world. He wrote a book called “Life without limits.” From him, I saw the spirit of “never give up”.

It seems to me that when we are suffering the worst things in our lives, we usually think that the bad luck would stay with us forever. But hold on, take a deep breath. Tell yourself that this is not the end of the world. This could be a task that is assigned by God to make you become a stronger person. After you go through it, you would be a stronger and happier person.

In my speech, I have given three different extreme examples of people who seem to lose everything in their lives. In one case is one’s own reputation and trust of a marriage partner. Another one is the person’s physical self and the productive self all seems to go out of the window. And Nick started off with a bigger problem that most of people cannot imagine. Yet all of them find their ways through the terrible events and get a stronger and deeper appreciation of life.

So what I want to emphasize is that no matter what choices life gives you ,just like the constant question we have in Vancouver what weather is going to be tomorrow .We understand that the weather report is almost 50% right and 50% not quite right. The key thing is to accept your pain, have confidence in your life ,don’t lose hope and keep going. Nothing can give you a bigger confidence from a super hard challenge and then you overcome it. When you are tired, keep going and never give up–and remember that, in a perfect timing, you will reap an unimaginable harvest.