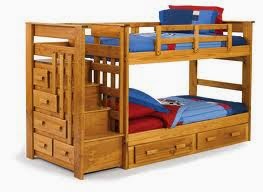 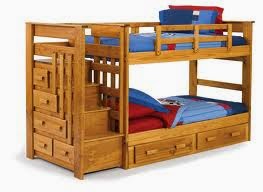 It’s a very exciting idea for kids from different families to travel together. Especially for John, the Whistler ski trip is a complete new tour for him. He has not skied before. Lots of children who stay in Southern China cities, such as Guangzhou, they even do not have a chance to see snow in their city since there is no snow at all. The weather is humid and hot for most of the time in those cities. Summer is the longest season. Winter is around 1 month long and the temperature is always above zero , usually is around 10 degrees. From above reasons, you can figure out how excited John had become before his first ski trip.

On the 2nd day’s morning in John’s spring beak, the group set off for Whistler at 9:30. There were 5 kids and 4 mothers in the group. Two 7-year -old girls and one 3-year-old little boy sat in one car . The other 7-year-old boy and John sat in another car. During a break at a roadside rest place, the mothers who sat with the two boys joked that the two boys were too aggressive on drivers. They always asked the driver to drive faster and to be the number 1 fastest car on the road. Then mothers switched children over so that the driver’s stress could be eased.

After nearly half an hour’s hot discussion on who was going to sleep on the bunk bed, John successfully won the chance to sleep on the upper level of the bunk bed on the first night. Then I had realized that a bunk bed seemed like a magic bed to the kids. Every kid loved a bunk bed so much, it seemed that they could have the sweetest dream and behave well when they slept in it. They enjoyed hanging over the rail of the bed and turning to their buddies or sisters who were sleeping under them and saying hello.

After everybody settled in each one’s room, I realized that it is a must for the temporary big “family” to have some rules to ensure its smooth operation.

On the 1st night, hot tub water turned to cold after the 5 kids’ bathed one by one. Then mothers had to wait for 2 hours for the water to turn hot. On the 2nd night, I suggested to divide us into 2 groups to take showers to avoid running out of hot water. One group took showers around 5pm before dinner and the 2nd group could take showers after dinner.

It was not easy for kids to get to sleep when they were over excited. They were excited about other kids sleeping in the next room. The youngest boy got so excited that he always laughed and giggled in bed and could not fall asleep. The other two boys were very curious to know what fun thing had happened to the youngest boy and they kept knocking on his door to check again and again. The two girls’ reactions were different from the boys. One became impatient about the noisy sound and the other just ignored it and she focused on skyping with her father using her iPad.

It was almost 11pm until every kid finally fell to sleep on the 1st night. We mothers started to take showers one by one and planned for the next day’s schedule when the home became so quiet. Mothers soon reached an agreement on task allocation very soon. We decided who would cook breakfast , dinner and who would do cleaning .Moms always worriy about kids meals and nutrition.

On the 1st morning,,as you can imagine, it was quite a chaotic situation. It was not easy to manage the 5 kids and get them ready for ski school. Some kids were waiting to be dressed by moms, some kids asked for 2 more minutes sleep and could not get up and some kids just could not wait to play with the other kids immediately after they woke up. Moms were anxious to drive kids to do the right things in the morning: go to the bath room, brush teeth and wash face then get dressed quickly.

Our lovely group was in a messy situation in the morning. One mom even did not realize that she had not changed her sleepwear 2 minutes before everybody was ready to leave home. Then mothers realized that someone should watch the time for the entire group to ensure we would not be late for ski school.

On that morning, we could not find the way to ski school although it seemed so close on the day we arrived. It was snowing and we all got lost. One group decided to drive to ski school and the other group walked there, but both of us got lost. We were about 15 minutes late when we arrived.

After the kids changed to their ski boots and ski clothing, and then were taken away by their instructors, moms could have a moment of relaxation. Then two moms went to their adult ski schools half an hour later and the other two went back home to clean the messy house.

After the 1st day’s skiing, the kids were all excited about their experience and each of them had made some progress. Although it was the 1st time for John to ski, he achieved level 1 on his first day. He proudly told his grandmother and dad using Wechat that night (an instant chat platform in China).

On the 2nd day, all kids and all moms went to ski school, including me. I am usually not good at balancing. I always believe that I do not have a good sense of balance and sports, but I wanted to try to ski for the 1st time, too.

My learner’s group was a small group .We only had 4 people in our group plus a coach. After we dressed in ski clothing , borrowed our skis and poles , we took a lift to a nearby snow station since all of our group members were beginners. Firstly we were taught how to wear skis. Then we were taught how to push ourselves using poles and how to stop.

Very soon, I realized that I was quite slow picking up those skills. Firstly when I pushed myself using the poles, I just could hardly move. The coach asked me:” Why haven’t you pushed?” I told him that I already pushed but I just could not move a bit. 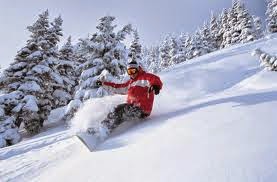 After another 15 min’s trying, I still could not move myself using the poles. The coach checked my skis ,my poles and my ski boots and found everything was all right. Then he suggested to me to go to a small slope so that I could use minimum strength to push myself down from it. Then he left me there alone since the other members had gone to the upper hills already.

I was practicing on my own but very soon I found that I just could not control myself. When I was skiing downhills I could not stop myself. I told myself :”stop, stop ,stop please!” I used the technique to stop but I just could not . The snow field was too slippery for me to stop. Even the small declivity seemed very steep for me.

Finally I had to scream :”Watch out! I cannot stop!” Finally I fell down heavily and stopped.

Soon I realized a more embarrassing situation: I could not get up by myself since the skis and ski boots were too heavy. I tried several times but still could not get up. One lady saw me and came to help me out.

But soon I fell down and this happened to me again and again. From those falls , I had a unique experience. I found that the sky was so blue and so beautiful when I fell on my back.  As a matter of fact, I quite enjoyed falling on my back and watching the clear blue sky. I fell on different sides but the most enjoyable one was to fall on my back, I just lay there and relaxed myself. When I was lying on the snow again and was relaxing, the coach appeared in front of me. He pulled me up and tried to think of another way to teach me faster and more effectively. But in the end, it was proved that I am not the kind of person who could learn to ski well.

On the other side, after 3 day’s ski school , every kid improved almost 1 level everyday.  From my first ski experience, I thought that different people have different strength. The other 2 moms were quite enjoying their skiing and experience. I could not enjoy this sport at all. But I could enjoy fitness dance and writing my blog. I am good at appreciating nature, too.