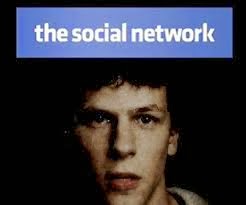 After watching the movie “the social network” 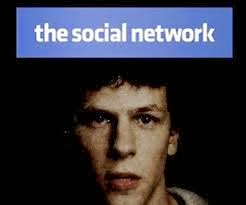 The movie is about the Harvard student Mark Zuckerberg who creates the social networking site that would become very well known later as Facebook.

In the world, a lot of great ideas were born like this. The founders were not aware of how much their new ventures will change the world when they started. If users had been hoping for innovative products like this already ,the number of users will be booming very soon. Companies will enjoy a great fame and huge success.

For example, the Network equipment giant Cisco Systems was born in such an era. Before the creation of the internet, people could not use a global nonboundary communication platform like we are doing today. The two founders of Cisco ,Leonard Bosack and Sandy Lerner ,who were Stanford University students, found it was very inconvenient to communicate since they cannot get connected on their computers when they were not together. They could not send letters from one computer to another. Computers at that time were just standalone machines. They were not the collaborative ,humanized and can-not-live-without –device that we have today.

After the young lovers found that they really wanted to chat through computers ,they invented a breakthrough technology ,which could enable them to communicate by using their computers wherever they were.

Since Cisco Systems was founded in December 1984 ,the world has been greatly changed after that. Nowadays people are living in an internet era. Except for air, water ,food and some shelter, which are four essentials for people to live on, city dwellers need to live in an internet world so that they can get connected with the world and not get isolated. When we get up in the morning, the first thing we usually do when we sit on a toilet, is to check emails on mobile phones through internet. After we go to work, we all rely on internet in order to communicate with customers, have discussions with peers and use calendars to invite people for meetings. When we are away from work, we set autoreply emails so that people will be aware that currently we do not have access to internet so delays to reply to emails will occur. Everything indicates that most people in urban environment are living in a society under a huge virtual umbrella -internet.

As the Cisco motto says “internet changes the way we work, live, study and entertain”. We are not living in the same era as our parents or grandparents were anymore, their primary ways to communicate were to physically meet or they needed traditional services to deliver letters or to make calls so that they could stay connected with their friends or family.

So after all computers are connected through network equipment, what is the next thing required for society? People need to have social networks on the internet. They don’t want to send emails and just say hello, they need to be connected with their friends anywhere and anytime when they do not physically meet. When they are travelling, dining out, having fun ,they want to share things with their friends and family immediately.

Nowadays, the thing most need to be picked up is speed. People have no patience to wait to read yesterday’s news until the next early morning through newspapers. The traditional newspaper business is shrinking since the process to produce the news is at least 3-6 hours. However, people have less patience to wait for that long. People do not want to miss any big news until the next day.

On the other hand, human is a kind of creature who lives in lots of groups or circles –in short –the social network. Such as me, I am a Christian so I belong to my church group so we share the beliefs and aspirations after reading the Bible together; I am a mother so I am in a parents group. I discuss parenting topics with my mother friends such as how to prepare kid’s lunch box. I am a professional, so I have a career circle and I will get connected with my colleagues and ex-colleagues. I also studied at Simon Fraser University so I belong to the school alumni’s group, etc.

What does “circle” mean to us? We have lots of friends whom we can exchange different topics with on lifestyle, hobbies, cooking or traveling. Or we just need to see each other on the internet or to be seen so people know that we remain active in our circles using one platform –the internet- although we do not meet physically often. We do not like sending emails to tell people and say “hey, I love cooking ox tail soup, how about you?..” Using social media like Facebook, we post the ox tail soup with pictures and recipe so our friends can see it, comment on it or retweet it if they want to share the recipe with their friends.

This is a fastest information sharing era. When my kid asks me a question that I can not answer, instead of checking the answer in a book like my parents did, I sit down at a computer and google it. People like to share things on the internet, so it becomes a biggest library globally and it also operates 24 hours 7 days. My parents used to learn cooking by purchasing a cookbook or calling their friends to get a recipe. Now I have a smartphone, everytime when I want to cook a dish, which I never cooked before, I always search the recipe using my mobile phone or tablet on the internet.

So Facebook was born in such a social background and it is such a platform that it serves people’s inner requirement to get connected with their groups in real-time.

Besides the great ideas that an entrepreneur needs to start their enterprises, what else makes those entrepreneurs succeed?

Mark Zuckerberg is a very focused person. He seems that he is not aware of things around him. He is not good at dating ,nor can he please his girlfriend. He seems to remain in his cyber world when dating. He can sit in front of his computer and work on codes for hours and hours and not be distracted.

Another celebrity, Steve Jobs was also a very focused person. He worked on the original concepts (such as products humanization and ease of use) until he was 100 percent satisfied. He was very critical on differences on product’s colors even a professional designer cannot tell the difference between white color 1 with another white color 2 when they are working on selecting 2 basic colors –white and black- for the first iPhone. That is why there is no company like Apple, could work out more perfect design for normal consumers.

Passion is another success factor for Facebook. Mark Zuckerberg is living in his codes and programming world. As well as some other early partners, a group of young entrepreneurs such as Eduardo Saverin, Mark Zuckerber’s closet friend and collaborator, who was also very passionate about Facebook and supported Mark financially and technically in the early stage.  Napster founder Sean Parker, who brought Facebook to Silicon Valley’s venture capitalists was another important person for Zuckerherg’s success .

Passion is a great motivator, not only for lots of new inventions but also for successful careers. Without passion, although people are very smart and knowledgable, they can just use part of their abilities. My ex-colleague who is a super intelligent guy.,once he is motivated, he can do anything well. As a new sales man, he can remember clearly of his 500+ customer’s name, characteristics and hobbies. He can articulate very well how product’s features fit with customer’s business needs and he has a strong persuasive capability. After consecutive 3 years as the top salesman in the country, he has become less passionate about the job and he even did not achieve his goal last year.

Financial support is vital to a startup. Firstly Eduardo financially supported the Facebook operation in the early stage. Therefore Mark could hire more students to work on his idea in the beginning. A great entrepreneur is not one who can work out everything by himself but needs to hire the talents to work with him/her toward that idea. After Sean brought in the investors from Silicon Valley, Facebook could grow and expand quickly.

Lots of startup companies lose in a globalized competition because they lack of financial support. After a great idea is born, it can be easily noticed by potential competitors who also have similar interest in this area. Lots of business modes are easy to imitate and copy. If a startup company lacks financial support and cannot invest funds on product research and development ,then the company will lose the momentum to grow, other companies can soon surpass it.

Last but not least, a successful enterprise needs to be born in the right era. If Facebook had been born 5 years earlier in 1998, not many people would have thought it was necessary. People had just began to learn to use computers at work , the globe was not as flat as it seems now. Lots of manufactures were working on renovations on mobile phones. A mobile phone did not need to be connected to the internet at that time. People felt happy to text or call their friends when needed. At that time, people were still learning how to use the internet in an early period and did not hunger for a platform to signal their friends.

Until the early 21st century, people especially college students in North America were curious to know each other’s information on the internet, such as post other students’ photos, status and how to hook up with them.

Under such a historical background, Mark Zuckerberg and his early founders brewed the phenomenon of Facebook and gave birth to its platform .

Being focused ,passionate, getting sufficient financial support and being born in the right era are the 4 essentials for a innovative company’s success. People who have a great interest to run a startup should check those in the 1st place.