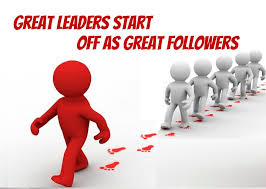 What Makes a Leader?

Everybody has read or heard about a good story about a leader. Maybe you know somebody who is a highly intelligent executive but has failed at a job . Or maybe you know someone who is not that intelligent and outstanding but has been promoted to an executive position and has done quite well. Today I am going to talk about What Makes A Leader?

I would like to share with you a part of an article , which I found very impressive. It’s an article written by Daniel Goleman ,published in Harvard Business Review.

I could not agree more with this! What are the components of Emotional Intelligence at Work? According to Daniel there are five components: self-awareness, self-regulation, motivation, empathy and social skill.

First, Self-awareness. Self-awareness is the ability to recognize and understand your moods, emotions, drives as well as their effect on others. How many of us have self-awareness? There’s a saying in Chinese by Zeng Zi (the student of Kongzi) said “sān xǐng wú shēn”, which means check yourself from 3 aspects everyday. People appear to be so busy nowadays, they go to work, feed the family, participate networking events, think about how to get promoted and the next place for travel…but they do not have time to calm down and think for 3 minutes about themselves each day…Have you hurt your colleagues by criticizing them today? Or have you turned cold to a warm-hearted friend and pushed him away? Or have you discouraged your children and have not appreciated what they have done?…Think about it, 3 minutes per day. You could be more honest with yourself by knowing yourself better.

Second, Self- regulation : Self- regulation is the ability to control or redirect disruptive impulses and moods. Several years ago there was one staff transferred to my department who reported to me. She had been working in the company for 8 years before she worked with me. One day she submitted her 1st report and I found numerous mistakes in it. How could she work in this position for 8 years and still perform so poorly?…My first reaction was to ask her to my office and blame her. But I cooled down, I sent her an email, thanked her for submitting the report in a timely and efficient manner. However, there were some mistakes in it. I pointed out some mistakes and asked her to resubmit it to me. She then resubmitted with fewer mistakes and I kept encouraging her for doing well. Until one day, I received an email from her and she said: I had never realized that I could do such a good work before. Thank you! ..Now she is a leader overseeing the Marketing team. Today I feel fortunate I had not discouraged her at that time.

Goleman’s 3rd point is Motivation -a passion to work for reasons that go beyond money or status. Could you motivate your employees, your peers or your child to work toward a goal? Could you be optimistic even if the situation is tough? Could you make people feel it’s worth working with you on a vision? Lots of us may have heard about Steve Jobs , although being a difficult boss, he was not a good example ,but he was a visionary person who could motivate people to believe in the vision and work passionately toward it. He thought the future mobile phone would be an all-in-one device not just for phone calls and text message. So since the 1st iPhone launched 2007, the definition of mobile phone was tremendously changed.

Fourth, Empathy. Empathy is the ability to understand the emotional makeup of other people. Company’s HRs always said it’s hard to retain talents, but have they reviewed their managers to see if they understand their employees? Could managers notice their employees’ needs for career improvement and a sense of accomplishment?

The final point is Social Skill – proficiency in managing relationships and building networks…could you easily find common interest in people and build rapport in networking events? A manager’s skill is to manage and utilize his/her resources. The broader the network he/she has, the more resources he/she can utilize.

So how many of you remember the 5 components of EQ as a leader? Let’s revisit them together: self-awareness, self-regulation, motivation, empathy and social skill.