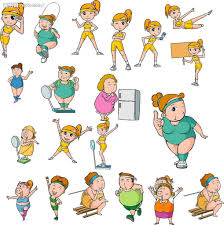 My Story of Losing Weight

Back to the time when I was a university student, I lived with my grandmother and did not live in the student’s dormitory. My grandmother was a philosophy professor at the university and sometimes I felt like I was a small child in a military school. According to my dear grandma’s “family rule”, I got up at 6:30am, then I went outside to do some exercises for 30 mins. After my exercise I had breakfast for 20 mins and then I walked to school. I should get home before 9:00pm and get to bed before 9:30pm. Besides that, we had a very nice nanny living in the house who could cook lots of great dishes. I loved her cooking and the food was always so delicious. Until one day, my uncle looked at me and said: “You are good enough now, try not to eat too much”.

What did my uncle mean by saying that? Since my grandma didn’t have a scale in her house, I went to a small shop and weighed myself. When I looked at the scale I was shocked. It seemed that I had gained 25 pounds in one year. I was quite angry and I told the storeowner, that their scale did not work properly since the figure hadn’t shown right. Then I went to another store and tried another scale, to my disappointment, the scale was wrong again. What was wrong with those scales? Then I took a bus to a shopping center, there were several scales in the shopping center, and there should be at least one, which could work properly. To my sorrow, each scale seemed similar. And their figure showed that in fact I had gained 25 pounds.

I felt so sad and I wanted to please myself a bit. I went to a fashion store and wanted to buy a new pair of jeans for myself. As usual, I selected a Medium size and was heading to a fitting room. The clerk stopped me on the way and said, “No, it’s not your size. You will split the jeans because you are so big. ” The other customers turned around and looked at me and started at me. I was taken aback and I hoped to fall in a crack and disappear in a second.

After this sobering experience, I began my journey of trying to lose the 25 pounds.

When the nanny prepared the meal and called me to eat, I stayed in my room and refused to eat anything. I ate only apples and bananas for a week. When I weighed myself again, yeah, I lost 5 pounds in a week. I was so excited and I jumped, and then I fell down because I had become too weak from lacking of enough nutrition.

Next I tried the second way, I heard that sour foods could make people get slimmer because they stimulated digestion. So I tried to drink vinegar and eat haw slices -a traditional Chinese snack made from hawthorn berries. I cautiously ate only 50g of rice and carbohydrate everyday. But the haw slices tasted so good so I ate a lot, and I forgot that there was lots of sugar in haw slices. And drinking vinegar made me feels really sick.

I gave it up and tried another new way. I heard that people could lose weight if the foods were evacuated from body before they were absorbed. Then I purchased some laxative privately and took several pieces everyday. My grandmother saw me go to washroom quite frequently. She insisted on bringing me to see a doctor. After she found the secret laxative in my drawer. My 3rd plan was aborted again.